"This is a historic decision," said Tsukasa Yajima, Japanese photographer and member of the House of Sharing, a Korean association for the defence of sexual slavery victims during the Japanese colonial occupation. On January 8, the Seoul Central Court sentenced the Japanese government to pay 100 million won (about 75,000 euros) to 12 "comfort women," a euphemism for the 200,000 South Korean women forced into prostitution by the Japanese army during the Second World War. This is an unprecedented development in the war of memory that Seoul and Tokyo have been waging since the end of the Second World War. The court decision was confirmed on January 23, when the Japanese government let the deadline for appeal pass.

Cho Si-hyun, a former professor of international law who knows the case well, is "pessimistic about the outcome of these legal proceedings for the victims". The chances remain slim that the victims recognized by this decision, of whom only four are still alive, will receive reparations.

Sovereign immunity vs crime against humanity

For Tokyo, the case is closed. Japan’s interpretation stops at the two agreements meant to seal the case, first that of 1965, which does not mention the question of sex slaves, and then one in 2015. Under the government of deposed President Park Geun-hye, the two countries agreed on one billion yen (7.5 million euros) in reparations to the 46 victims still alive at the time. Citing this decision and the principles of state sovereignty, Tokyo refuses to recognize legal proceedings initiated in another country. Japan has paid part of the reparations, but some victims have refused them, considering that the Japanese army must first acknowledge its responsibility.

On the other side of the Korean Strait, the interpretation is quite different. The Seoul court considered that these crimes against humanity were perpetrated in a planned and systemic manner, which nullifies the immunity of the Japanese state. Consequently, the victims can go to a South Korean court to seek reparation. This interpretation is similar to a landmark 2004 decision of the Italian judiciary in the case of Luigi Ferrini, which allowed one of its nationals to sue the Federal Republic of Germany for acts attributable to the Third Reich. 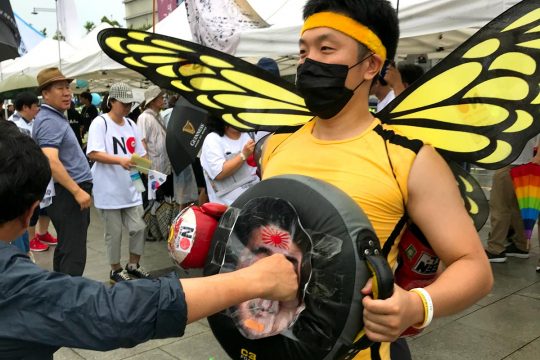 Why Seoul and Tokyo are still at war over the past

These two irreconcilable visions leave the plaintiffs waiting. As Japan does not recognize the South Korean court’s legitimacy, the enforcement mechanism cannot be applied. And Seoul cannot seize Japanese state property on its territory to compensate the victims. "In enforcing a judgment against a state in another state, international law does not allow any exceptions: Japanese state property in South Korea is immune," Cho Si-hyun explained.

Victims, of whom only 15 are still alive today, have tried all legal avenues, first in Japan in the 1990s, then in the United States and finally in South Korea. The procedure that led to the January 8 decision was launched in 2016, and the same court has yet to rule in March on another case concerning some 20 plaintiffs. But whatever the outcome of the second trial, the path of diplomatic mediation seems blocked. "Unless there is a change in the ruling party in Japan, I don't see how the situation could change," says Yajima.

Reacting to the judgment, Japanese Prime Minister Suga Yoshihide urged South Korea "to correct violations of international law", stressing that "this judgment would never be accepted". In his New Year address on January 18, Korean President Moon Jae-in said he wanted to "find a friendly solution" to the dispute. The Ministry of Foreign Affairs confirmed that Seoul "would not make requests to Tokyo for additional reparations”. In 2011, however, the Supreme Court ruled that the South Korean government's inaction in this matter was unconstitutional.

The president initially acted aggressively by cancelling the 2015 agreement, arguing that it had been built without the victims and allowed Japan not to use the term "sex slave". But the decision led to an intense trade war between the two allies. The time no longer seems ripe for a frontal confrontation, although both leaders face unpopularity in their countries and stoking nationalism has historically been a successful political tactic on both sides of the Strait to restore image.

This pacifist attitude may be explained by the stance of new US president Joe Biden. Unlike his predecessor who allowed Japanese-Korean relations to cool drastically during his term in office, Biden wants a strengthening of ties. On

February 13, a Korean-American communiqué stating this wish stressed the importance of "continuing cooperation between South Korea, the United States and Japan.

"Lee Yok-seon, one of the six plaintiffs who has lived in the House of Sharing for 20 years, has learned of the court decision. She welcomes it, but what she really wants is an official apology from the Japanese state," Yajima reports. While Japan has so far refuted the term sex slave, former Japanese Prime Minister Shinzo Abe did present an oral apology to President Park. Nevertheless, this is still far from official recognition of the Japanese state’s responsibility, which the 15 survivors - average age 90 - are demanding.

Why Seoul and Tokyo are still at war over the past 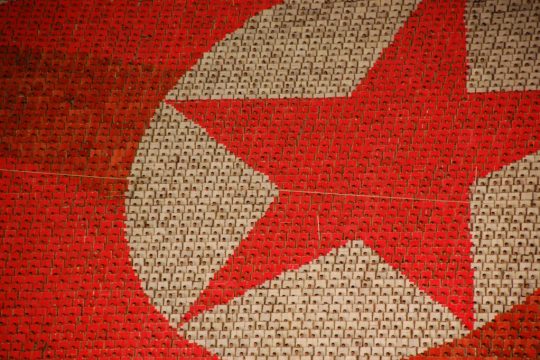 Planning for Transitional Justice on the Korean Peninsula
Most read