In the dock are Jovica Stanisic, the former head of the Serbia’s state security service known as the DB, and DB employee Franko ‘Frenki’ Simatovic. The pair are charged with organizing, arming, training and financing some of the most notorious Serb militias operating in Bosnia and Croatia between 1991 and 1995, including the paramilitary groups known as the Scorpions and the Tigers.

During the prosecution closing arguments last week, frequently interrupted by closed sessions, it sometimes seemed like the main accused was Slobodan Milosevic – the former president of Serbia who died in custody at the International Criminal Tribunal for the former Yugoslavia (ICTY) in 2006 – rather than Stanisic and Simatovic.

The focus on Milosevic’s role was not the only thing evoking a déjà vu feeling for those following the case. The entire trial is a re-play.  Stanisic and Simatovic were first charged and arrested in 2003 and went on trial before the ICTY in 2009. In 2013 they were acquitted. The judges ruled that the crimes charged in the indictment did happen. However, they said Stanisic and Simatovic could not be held legally responsible for them because there was no evidence that the orders they issued were “specifically directed” at aiding the commission of the crimes. On appeal in 2015 judges rejected this legal reasoning. Instead of making their own ruling, they ordered a retrial even though the ICTY was shutting up shop.

The retrial opened before the ICTY’s successor institution, the International Residual Mechanism for International Tribunals, the Mechanism for short. And for almost four years it has been going with stops and starts. Stanisic and Simatovic were largely absent in court, having been granted provisional release and their attendance waived for most of the proceedings.

Trying Milosevic from beyond the grave

Last week, prosecutor Douglas Stringer recalled that some 340,000 non-Serbs were forcibly expelled from Serb-claimed territories in Bosnia and Croatia during the 1991-95 wars. The prosecution argued that this was a result of the common plan of a joint criminal enterprise headed by Serb officials in both countries and the Milosevic regime in Serbia, including Stanisic and Simatovic as high-ranking state security officials. “Ethnic cleansing on this scaled could not have happened without the support and direction of Serbian president Slobodan Milosevic”, Stringer said. The several self-proclaimed Serb statelets could not have existed without the political and material support of Belgrade let alone carry out a large-scale organised campaign of ethnic cleansing, he argued.

“In this, Milosevic ran the show from beginning to end,” Stringer said, and the Serbian Interior ministry with its state security service run by Stanisic was his “primary instrument” to do so. The prosecution has asked for the maximum sentence, life imprisonment for both men.

“For the prosecution it is very hard to explain what Jovica [Stanisic] and Frenki [Simatovic] were up to if they don’t describe the political project,” University of Utrecht historian Iva Vukusic, who specializes in Serbian paramilitaries involvement in the Yugoslav wars, said. For this, they needed Milosevic because, she said, the political project of “all Serbs in one state” has been consistently presented at the ICTY as a kind of cooperative project with Milosevic at the top of it. “Stanisic and Simatovic were Serbian officials, he was a Serbian president, it would be really weird to argue this case without Milosevic in it,” she said.

Milosevic died in a U.N. cell before judges could hand down a ruling on his alleged role the 1991-95 war in Croatia, the 1992-95 war in Bosnia and the 1998-99 Kosovo conflict. Serbian general Momcilo Peresic, who was the Yugoslav army’s chief of staff from 1993 to 1998, was charged over Serbian alleged support by shuttling Yugoslav army soldiers to fight with the Bosnian Serb and the Croatian Serb forces but he was eventually acquitted. The Serbian opposition politician Vojislav Seselj was convicted of committing war crimes but only against Croats in Serbia. This leaves the Stanisic and Simatovic case as the final and only trial where the prosecution can establish whether former Serbian state officials can be found guilty of war crimes in Bosnia and Croatia and, by extent, legally prove Serbia’s involvement in the conflicts.

Those who have followed the trial closely, like Vukusic, say it’s been hard to track because of the many closed sessions. “This trial is so dark, in the sense that so much of it is concealed and confidential. At the end of the day it is difficult to say how the case was argued,” she said.

Stanisic’s defence, much like they had done in the previous trial, focused on the perceived faults in the joint criminal enterprise (JCE) theory of the prosecution. They argue JCE lapses into guilt by association because the prosecution makes broad generalizations without going into particulars about Stanisic’s conduct. As a decade ago, Stanisic’s lawyer Wayne Jordash stressed that there was little or no evidence that his client had even spoken to or met any of his alleged fellow conspirators in Bosnia and Croatia directly. “There remains a material mismatch between the JCE allegations condemning Stanisic as one of the chief architects and implementors and his actual relationships with JCE members and tools alike,” Jordash said. He called for his client to be, once again, acquitted.

Similarly, the Simatovic defence dismissed the prosecution case as based on “flawed evidence and less than credible witnesses”. His lawyers tried to paint Stanisic as the decision-maker and their own client as strictly subordinate and only carrying out orders. Unlike Stanisic, Simatovic seems to have been much more on the frontlines where he was regularly seen with paramilitaries and other alleged members of the common plan. “Frenki [Simatovic] was in the field more, people saw him, he was photographed in uniform, there is a unit called ‘Frenki’s men’, and there is no unit called ‘Jovica’s men’, ” Vukusic pointed out.

Some impact only expected in Bosnia

For tribunal watchers a final conviction establishing a link between Serbian officials in Belgrade and atrocities on the ground would feel like a major verdict, but observers say the impact in the region is likely to be limited. In Serbia it will be news on the day of the sentencing and maybe the day after but not much more, anticipates Vladimir Petrovic, senior researcher at the Institute for Contemporary History in Belgrade. “That stands regardless of the outcome: [the accused] are half-forgotten in the general population, although – or perhaps because – their disastrous legacy lives on,” he said.

Even in Croatia where much of the crimes the two defendants are accused of happened, any verdict is also not expected to make an impact, said Vukisic. “I don’t think anybody really cares in Croatia. The prosecution opened the case with the Škabrnja massacre, a place of suffering of Croats which figures very strongly in the narrative about the war in Croatia. And it seems like that didn’t even register,” she explained.

Denis Dzidic, executive director of the Balkan Investigative Reporting Network and longtime Yugoslav tribunal watcher, does expect, however, that the outcome will be much more significant in Bosnia. “They have forgotten of course, since the trial was long, but once a verdict is handed down it’s going to be really big,” he told Justice Info. “Bosnia is different to Serbia and Croatia, I think it lives with the war and its legacy much more closely - always in limbo,” he explained.

Last December the president of the Mechanism judge Carmel Agius told the U.N. security council he expected a judgement by the end of May after the last defence witness was heard in October last year. It is still expected within a couple of months. 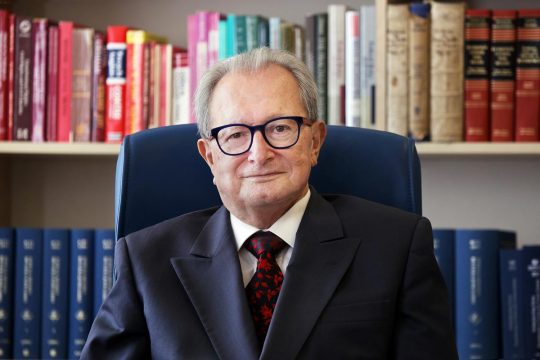 Copy this HTML into your CMS
Press Ctrl-C to copy
Serbia : Related articles 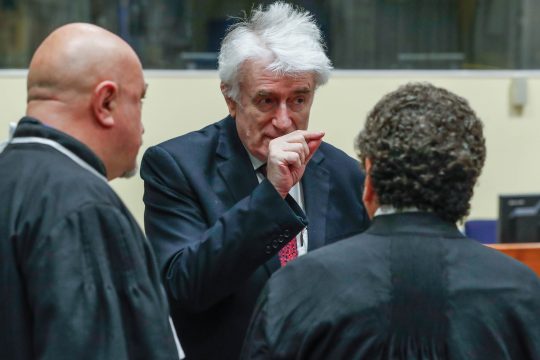