Mouloud Boumghar is an Algerian lawyer and Professor in Public Law at the Jules Verne University in Picardy (France). His research centres on violations of human rights and impunity, notably since the publication at the end of the Algerian civil war of the “Charter for National Peace and Reconciliation”. JusticeInfo.net interviewed him at the beginning of June in Tunis, where he was the guest of the Contemporary Maghreb Research Institute (IRMC).

JusticeInfo.Net: What are the main points of the 2005 “Charter for National Peace and Reconciliation”?

Mouloud Boumghar: It’s a text drawn up by the services of the State, who think they are the only ones that can resolve things related to the Algerian civil war. The President put it to a referendum on September 29, 2005. The Introduction to the Charter is interesting in the sense that it presents the official version of events in the bloody decade 1990-2000, which it calls “unprecedented criminal aggression aimed at destroying the Algerian State” and a “national tragedy”. But it negates the causes that led to this “national tragedy”. To be more precise, it imputes the violence solely to the party that was defeated militarily but not politically: the Islamic armed groups. The Charter cites a series of measures, including compensation for both families of terrorism victims and poor families of armed groups, job reintegration for persons interned in administrative camps by anonymous judges, re-establishing civil and political rights for members of the Islamic Salvation Army (AIS)… all of which in essence ensure impunity for most of the armed groups. The Charter’s implementing order, published in February 2006, puts even more emphasis on impunity, notably for State agents in relation to the fate of thousands of people who disappeared.

JusticeInfo.Net: Isn’t it paradoxical that the Algerian State denies its responsibility in the forced disappearances but provides in the Charter’s implementing texts for their families to be compensated? 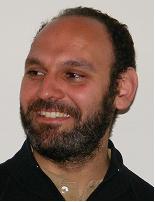 MB: Yes, indeed. While the Charter declares that the disappeared, numbering nearly 8,000, are “victims of the national tragedy” and calls on the President to apologize to their families on behalf of the State (which he has never done, by the way), it does not recognize the responsibility of the State as such, saying the disappearances were “isolated initiatives” by State agents who sometimes abused their powers. In order to get compensation, the family of a disappeared person must first get a certificate of disappearance from the security forces, who are supposed to set up investigations, then ask a court to confirm the death. But at the same time, they cannot file a complaint because State agents are considered in the Charter as new heroes who “saved Algeria from chaos”. State security personnel have since 2006 enjoyed legal immunity. But this impunity is against the Algerian Constitution and international conventions that Algeria has signed, insomuch as it denies victims of serious human rights abuses the right to truth and justice. There are also several thousand other people who were disappeared by the GIA (Islamic Armed Group) and are categorized as victims of terrorism.

JusticeInfo.Net: The Charter does not exclude compensation for former members of the Islamic Salvation Army. Do all the armed groups forced into the bush during the bloody decade get this privilege?

MB: The Charter’s implementing text says that “needy families who have suffered because one of their members was involved in terrorism are eligible for social security support”.  Since 2008, there is no longer a requirement of indigence and compensation takes the form of benefits paid to families simply because one of their members was a terrorist. It’s a kind of bonus paid for violence.

JusticeInfo.Net: Why do you think Algeria has chosen a strategy of impunity to deal with the civil war?

MB: The authorities chose to negotiate directly with the armed groups that were in its political orbit so as to marginalize some of the political leaders, both on the Left and on the Right. Their stated aim was to save Algeria, which is not completely false because there was a real danger of the State collapsing. But at the same time, for the regime, maintaining the State structures is synonymous with maintaining its own interests, which is its main goal and helps to explain the impunity strategy. The authorities negotiated with the AIS because it accepted much more than the GIA taking part in elections and the concept of a nation state. Offers of impunity had started after the February 25, 1995 decree on “clemency measures”. And in reality they heralded the beginning of secret contacts and agreements between the government and the AIS, which quickly declared a “unilateral truce”. As of 1997, some of its members joined the Algerian army to fight the GIA.

Copy this HTML into your CMS
Press Ctrl-C to copy
Algeria : Related articles

France-Algeria: Having the courage to create a Truth and Memory Commission

France/Algeria: towards a "truth and memory" commission?
Most read