One of Salman Rushdie’s characters in his novel the Satanic Verses says: “The trouble with the English, is that they don’t know their history, because so much of it happened overseas”. In the early twentieth century, the British empire governed a fifth of the world's population and a quarter of the world's total land area. It was the largest empire in history, one on which it was said “the sun never sets’. And this has left the English with a lot of colonial history to be ignored.

Do British people still see their former empire as positive? A recent survey showed that more than one third of people in the United Kingdom believe the empire was something to be proud of; Britain’s colonies were better off for being part of it. That’s down from a 2016 opinion poll which found that 44 per cent were proud of Britain's history of colonialism, and 43 per cent believed the British Empire was a good thing. One third is still a high proportion – in the 2020 survey UK attitudes contrasted with those of Germans who were the least likely to be proud of their colonial part at just 9 per cent – but in more recent times statues of slave owners have famously been toppled in the UK, and a vigorous debate rages on how the history of empire should be taught to school children.

In parallel, the debate over the provenance and potential for the just restitution of cultural objects from former colonies – of which British museums are full – has grown. Several thousand brass and bronze castings and ivory carvings were looted by a British punitive expedition in 1897 from the Palace of the Oba of Benin, Nigeria. The Kingdom of Benin “had flourished for many hundreds of years prior to the British invasion,” says Barnaby Philips, the author of ‘Loot - Britain and the Benin Bronzes’, and “traded and interacted peacefully with successive waves of European explorers and traders from the from the 15th century onwards”. But the Oba – the King – came to be seen “as an obstacle” to British economic interests. “When they storm the Oba’s palace, although the British had always hoped it would be great caches of ivory, they discover all these magnificent metal plaques and metal-cast heads, and they cart off thousands of them and bring them back to London”.

It’s not clear how many Nigerians were killed in the punitive expedition and looting of the Palace. Some historians say tens of thousands. The history of the events in Benin City is collated via newspaper reports of the time, reflecting public approval of the enterprise, and a few personal diaries and letters of the soldiers.

The looted objects themselves – at least 4,000 of them – were brought back to Britain and mainly auctioned off by individual soldiers. A century later, the British museum has the “largest single collection of [Benin Bronzes] any institution in the world,” Philips says.

Until recently there had been limited public interest – a lone Labour MP Bernie Grant “staging demonstrations outside the British Museum” in the 1990’s, says Philips. But events of the summer of 2020 in the US, as the Black Lives Matter movement focused attention on racial injustice, reinvigorated a debate on colonial legacy in the UK. Now the UK has “agreed in principle, including the British Museum, to lend hundreds of Benin bronzes in rotation to a new museum,” he says, in Benin City, Nigeria.

A litany of crimes

Actual accountability for UK colonial crimes makes slim pickings, even though the litany of atrocities is all known, researched, and cross-referenced.

While India was under British rule, between 12 and 29 million Indians died of starvation during a variety of famines, writes American historian Mike Davis, while millions of tonnes of wheat were exported back to the UK. Former Prime Minister Winston Churchill famously said: “I hate Indians. They are a beastly people with a beastly religion. The famine was their own fault for breeding like rabbits,” referring to the Bengal famine in 1943, where up to four million Bengalis starved to death, as food was diverted to British soldiers. Peaceful protestors demonstrated against British colonial rule in Amritsar India in 1919. Soldiers kept firing at them until they ran out of ammunition, killing up to 1,000 and injuring another 1,100 within ten minutes. The man who ordered the killings, Brigadier Reginald Dyer, was seen as a hero by the British public, who raised £26,000 for him as a thank you.

In South Africa, during the Second Boer War (1899-1902), the British rounded up around a sixth of the Boer population – mainly women and children – and detained them in overcrowded camps, with little food. In a single year 10 per cent of the entire Boer population died in the camps, including 22,000 children.

But while the list of harms is long and varied, concrete justice initiatives are rare. In 2013, the UK authorities paid reparations to more than 5,000 victims of a bloody crackdown on the 1950s Mau Mau rebellion against colonial rule in Kenya. At least 10,000 people had died in one of the British Empire’s bloodiest insurgencies, marked by horrific abuses by security forces. A British-funded memorial to the thousands killed, tortured and jailed was erected in Kenya and apologies given. But a later legal claim, raising the cases of a further 40,000 Kenyans who asserted they were variously tortured, mistreated and raped during the suppression of the rebellion, failed.

The debates on reparations, apologies, restitution tracked through UK newspapers have flared over the last twenty years. A succession of UK leaders have apologised piecemeal: in 2007 prime minister Tony Blair apologised on the country’s role in the slave trade and in 2011 for the Irish Potato Famine; David Cameron paid his respects at the scene of the Amritsar massacre; Prince Charles spoke of the “injustice” of the slave trade in Accra, Ghana in 2018.

With a slew of recent books exploring the relationship between colonialism, heritage and current racial discrimination – historian David Olusoga’s Black and British, Empireland by Sathnam Sanghera – there is a strong focus on the need to change attitudes to empire and challenge racism in Britain. Meanwhile, returning looted cultural objects may provide an opportunity to assuage some colonial guilt. Curators around the world are searching their catalogues and restitutions have been fast-tracked by many institutions, with Germany announcing in March that it will be returning its Benin Bronzes in 2022, and other countries following suit, as plans for the new museum in Benin City take shape. The stampede to be on the right side of history this time round is compelling. Nevertheless, Philips warns, “I do think there is a danger that the debate about the Benin Bronzes becomes very insular,” and is really about current attitudes and “arguments about what’s happening within our own societies” rather than about repairing past abuse. 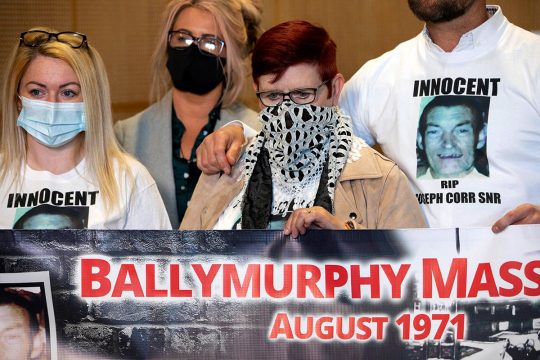 The bumpy road of truth-seeking in Northern Ireland 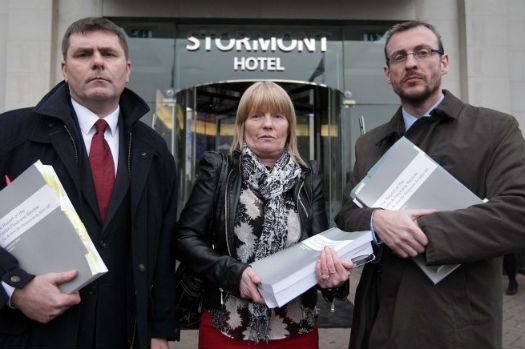 A Foundation of Lies: "Relatives for Justice" Unpacks the Truth about the Irish Conflict
Most read

Janet Anderson
All reports from this author
Janet H Anderson is one of JusticeInfo’s correspondents in The Hague. As a freelance journalist she's been covering international justice - Rwanda, The Hague, Sierra Leone, Uganda - for several decades. Janet trains and supports locally-based journalists in covering atrocity crimes trials, and has authored several manuals guiding journalists and monitors in their work. She's also the vice president of the Association of Journalists at the ICC. Together with JusticeInfo colleague Stephanie van den Berg, she co-hosts Asymmetrical Haircuts: a podcast offering a sideways look at international justice, interviewing mainly female experts in their fields.