[Update: On Friday 26 November, Hassan Bouba was released from prison by the gendarmerie, AFP reported. The Special Criminal Court deplores, in a statement, “an obstacle to the proper functioning of justice”.]

It took three days for the Special Criminal Court (SCC) to make official the arrest of Central African Minister of Livestock Hassan Bouba, a former senior member of the rebel group Union pour la paix en Centrafrique (UPC). In ten lines, its press release announced on Monday, November 22, his incarceration and indictment for “war crimes and crimes against humanity” after he was brought before the Investigating Chamber “in the presence of his lawyer”.

The operation was carried out by Central African security forces with a court warrant and took place inside the Ministry of Livestock and Animal Health. “It would have been much more risky to arrest him at his home in PK5 [the Muslim neighbourhood of Bangui],” said a security source. “The operation was launched in the greatest secrecy to ensure he didn’t flee.” The Central African Constitution does not provide immunity for serving ministers. Neither the government nor the Central African prosecutor’s office has yet made a statement.

The detention order of Friday, November 19, 2021, signed by investigating judges Michel Ngokpou and Adelaide Dembele and seen by Justiceinfo.net, confirms the charges against the accused and orders his placement in pre-trial detention “for five working days”.

In Bangui, the capital of CAR, the news has spread like wildfire and some SCC magistrates have expressed fears for their safety. Some of the Court’s staff have, according to our sources, been given protection from possible reprisals.

At only 36 years old, the former number two of the UPC has already had a full career. Bouba began his career in the Chadian secret service. Once close to the current intelligence director in Ndjamena, former rebel Baba Laddé is known to be the mentor of warlord Ali Darassa, who has led the UPC since 2014.

A livestock trader, Bouba climbed the ranks of the armed group to become political coordinator and Darassa’s right-hand man. He also collaborated with the military of the French operation Sangaris, deployed from December 2013 until October 2016, following the outbreak of civil war and fighting between Seleka and anti-Balaka militias.

He came closer to the authorities thanks to an open-door policy led by President Faustin-Archange Touadéra, who made him his special adviser in 2017. Holding a diplomatic passport, Bouba acts as an interface between the rebel group and the government.

Did Bouba give the order in Alindao?

The following year, in November 2018, at least 112 civilians, including 20 children, were massacred in a refugee camp near Alindao in the centre of the country. In its latest report, American NGO The Sentry raises the possible responsibility of the minister imprisoned on Friday. According to witnesses quoted by the NGO, he ordered the attack. For the moment it is not known what other crimes could also be attributed to him.

In the years that followed, Bouba went back and forth between the government palace and the UPC, sometimes in disgrace and sometimes enjoying the favours of the government, and also played a role as facilitator with the Russian “instructors” recently installed in the Central African Republic.

“He uses them and allows himself to be used by opportunism with the sole aim of enriching himself,” says a person familiar with armed groups in the Central African Republic. Bouba appears to be a good mediator, reputed to be very influential, a fine strategist and able to use power struggles in his favour.

In 2020, he joined the government of Firmin Ngrébada as a representative of the UPC under the Khartoum peace agreements signed the previous year. But his appointment was made against the advice of the UPC’s leader, whose confidence he had lost. Following the sudden death of Minister Souleymane Daouda, also from the ranks of the UPC, he inherited the portfolio of Livestock and Animal Health. He was kept in his post in the government led by Henri Marie Dondra, which was set up last June.

So “why arrest him?” and not those rebels who refused to disarm, people in Bangui ask.

Re-elected in December 2020 for a second term, President Touadéra promised that ending impunity would be his priority – because “several other members of the government are from armed groups, and many rebel leaders were still moving freely in the capital a few months earlier,” notes Enrica Picco, Central Africa Project Director at the International Crisis Group (ICG).

If there is a logic to this, it lies in political opportunity,” she continued. “The Bangui Criminal Court has already tried crimes against humanity that could have been transferred to the international and mixed tribunals ICC and SCC. But it was essential for the latter to send a first strong signal, more than six years after its creation [by a law of June 2015] and after having received significant funding from the international community.”

“If the government arrests a member of an armed group, then there is no longer an agreement,” said Bouba in 2019, interviewed by the human rights NGO Human Rights Watch. “Today his arrest risks undermining the peace process launched by the Khartoum agreements,” says Picco.

A week earlier, on November 10, the senior investigating judge in Bangui issued an order to refer the main leaders of the armed groups to the criminal court. The Luanda roadmap for peace, established in September by the Central African authorities at the instigation of Angola and Rwanda, has not made any significant progress. The military offensive continues in the northwest and central parts of the country despite a unilateral ceasefire declared by the head of state in mid-October. “These developments suggest that the government currently seems to prefer the military option to negotiations,” says Picco of ICG.

“The government is losing a considerable asset”

In this fight against armed groups that last year still controlled most of the Central African Republic before being pushed out of the main towns by allied forces, “the government has just lost a considerable asset,” says our security source. Bouba regularly informed the government about the activities of the CPC rebel coalition of former president François Bozizé, which attempted to take Bangui by force in January 2021. Bouba reportedly went so far as to create a dissident branch within the UPC, intending to destabilize the movement by, among other things, organizing the disarmament of several dozen fighters, the same source said.

With Bouba out of the picture, UPC leader Darassa is probably rubbing his hands in glee. The Minister of Livestock was also reputedly close to the “Russian instructors” fighting alongside the Central African Army, suspected by the UN of being recruited by the private military company Wagner and guilty of serious abuses during the Central African Army’s recent counter-offensive against some 15 rebel groups.

Was the Central African government informed? Did President Touadéra given his consent? What is in the investigation file? Many questions remain unanswered, including his conditions of detention: Bouba is currently being held at the Roux camp, which also serves as the headquarters of “Russian instructors” present in CAR.

A hearing is scheduled at SCC on Friday, November 26, when the court will decide whether to extend his pre-trial detention. According to our count, so far more than 20 people have been placed since mid-2019 in pre-trial detention by the SCC, which does not communicate on this subject and which has not yet started a first trial. 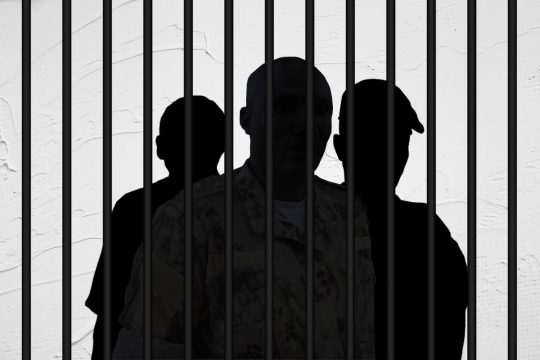