This case having the potential to discredit the work of the Court, which is currently investigating several cases on the merits, it was given priority. The Kosovo Specialist Chambers (KSC) operates under Kosovo law but is based in The Netherlands, with the aim to shield witnesses from intimidation in Kosovo.

On the merits, it has already started war crimes cases and a first trial against several senior members of the KLA, the Kosovo Liberation Army, that waged the independence war against Serbia, including former president Hashim Thaci. The KLA was the main ethnic Albanian armed force during the 1999 conflict in Kosovo and its alleged abuses towards civilians are the subject of the KSC’s mandate.

On May 18, former chair and deputy chair of the KLA War Veterans Organization, Hysni Gucati and Nasim Haradinaj, were found guilty of obstruction of justice, intimidation and unauthorized release of confidential information. The two individuals – who were already in pre-trial detention in The Hague - were sentenced to four-and-a-half years in prison and fined 100 euros.

Boxes in the hallway

A trove of confidential records from the KSC was anonymously left in the hallway of the veterans’ organization, headquartered in the Kosovo capital Pristina, on September 6, 2020 – as described Valeria Bolici from the Specialist Prosecutor's Office in her opening statements. The boxes of documents continued files with confidential information about investigations, including the personal details of protected witnesses. The leak was a major embarrassment for the court, which was specifically established in The Hague to prevent judicial corruption.

The following day, Gucati and Haradinaj held a press conference where they reportedly “released” the information and urged the media to report on the details the files contained. They held subsequent press conferences on September 16 and 20, on top of posting confidential information on social media and sharing it in interviews with journalists.

“These acts took place in a climate of witness intimidation," the American presiding judge Charles L. Smith III said on Wednesday while reading the verdict on Wednesday. Both men stood expressionless while the judgment was read aloud.

Justice Info was able to clarify that most of the documents leaked involve correspondences between the Special Investigative Task Force (SITF), a precursor to the Specialist Chambers, going back to 2014. While these documents predate the official establishment of the KSC, they contain the names, locations – and in some cases, precise addresses and phone numbers – of countless witnesses from Kosovo, Serbia and Albania.

Sent to The Hague

Within weeks after the press conferences, Gucati and Haradinaj were arrested at their organization’s headquarters in Pristina by heavily armed European Union police. Both were charged by the KSC with “obstructing official persons in performing official duties”, “intimidation during criminal proceedings”, “retaliation” and “violating the secrecy of proceedings”.

The day before the KLA office raid, the court arrested another suspect, Salih Mustafa. The former KLA military commander ultimately became the first defendant to be put on trial before the court. During the war, he oversaw a prison, where according to prosecutors, detainees were beaten and tortured, sometimes to death. He pled not guilty, calling the court a “Gestapo office”, in September 2021.

In total, the court has indicted eight people, all of whom are in custody at the prison of Scheveningen, in The Hague, the same facility that holds persons judged by the International Criminal Court. The most prominent defendant is former president Thaci. He told the court that the indictment was “without merit” when he pled not guilty in November 2020.

Thaci’s closest political ally, Kadri Veseli, as well as other KLA leaders including Rexhep Selimi and the organization's former spokesperson, Jakup Krasniqi, are also currently tried by the KSC.

Gucati and Haradinaj argued during their trial that they didn’t force anyone to publish the documents and the blame really lay with the court for allowing the leak to happen. The pair have repeatedly denied the validity of the court, going as far as publically saying they were working to discredit it. In a television interview with a Kosovo news channel that was played by the prosecution during the trial, Gucati tells the interviewer: “It is my pleasure to stop the work of that court.”

In his closing statements, American prosecutor Jack Smith told the court that the men had no regret for what they had done. “The accused made clear their intention to disobey the orders of the Specialist Chambers […] and claimed they wanted to damage the court,” judge Smith concluded when reading the verdict.

The KSC is a controversial institution in Kosovo. Many Kosovo Albanians revere the KLA, seeing it as the group that brought them independence from Serbia. Thaci claimed the court was like setting up a special tribunal for Jews following the Second World War. "Kosovo held a defensive war for its existence as a nation and attacked no one," he said in an interview in 2018.

The leak didn’t do much to help the court’s reputation in the region. “The leak of these documents, whether authentic or not, has caused a big problem for the work of the Specialist Chambers and Prosecution,” says Bekim Blakaj, the head of the Humanitarian Law Center Kosovo (HLCK), a human rights NGO told Justice Info in a 2020 interview. “Primarily, it will lead to an irreparable erosion of trust on the side of witnesses.”

In a press conference following Wednesday's ruling, the acting chairman of the KLA War Veterans Organization, Faton Klinaku, told reporters the court was illegitimate. “We have not recognized and will not recognize this court. We will hinder it from functioning in any way we can because it does not prosecute war crimes but prosecutes Albanians,” he said.

Gucati and Haradinaj, who have been in custody since September 2020, will have their time spent in pre-trial detention deducted from their sentences. The decision was a first instance ruling and both can appeal the judgement. 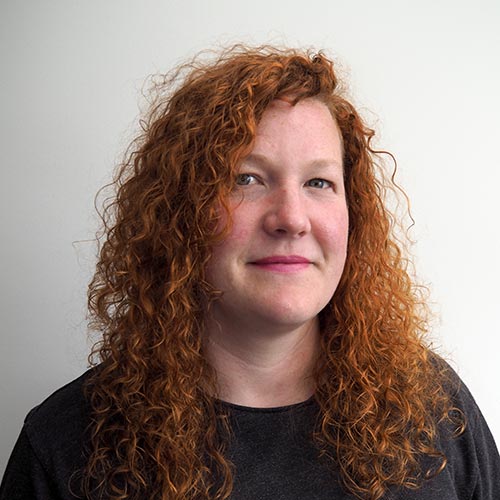