From 1960 to 1996, Guatemala suffered a brutal internal armed conflict. According to the UN truth commission, “acts of genocide” were committed against the Mayan population in the highlands. That the country’s south coast was also the scene of intense repression is less known. This region is the scene of vast sugar cane plantations. Labourers, both indigenous and mestizo, worked and lived in dreadful conditions. This is why Belgian missionaries started pastoral work here, to make the labourers aware of the exploitation they experienced. Organisational processes among the labourers helped them to demand their rights. In February 1980, they organised a massive strike which lasted 15 days, to demand improved living conditions and wages.

These calls for social justice were met with strong repression. Over 100 people were forcibly disappeared on Guatemala’s south coast. Their whereabouts remain unknown. But repression also turned to the Belgian missionaries who supported the labourer’s struggle. Father Walter Voordeckers, parish priest of Santa Lucía Cotzumalguapa, was murdered on 12 May 1980. Ward Capiau, a lay member of the pastoral team in Escuintla, was killed on 22 October 1981. Pastoral worker Serge Berten was kidnapped on 19 January 1982 and never seen again. Berten was cofounder of the peasant committee CUC, which played a key role in the 1980 strike.

The crimes were never investigated in Guatemala. The families of the victims therefore denounced the crimes in Belgium in 2001. In 2002, they founded the organisation Guatebelga which has kept pushing this case for over 20 years, supported by Belgian lawyers and law professor Stephan Parmentier. Their efforts finally came to fruition on 14 June 2022, when the Belgian criminal court ordered the arrest of eight former high-level Guatemalan government officials, including a former President, Minister of the Interior and Director of the National Police.

Although three of the accused have already died, five are still alive. Former head of the armed forces General Benedicto Lucas García, former head of the police intelligence service Pedro García Arredondo, and former head of the armed forces’ intelligence services Manuel Antonio Callejas y Callejas are already in prison for other crimes committed during the conflict, including forced disappearances. Two accused are still free men: former Defence Minister Ángel Aníbal Guevara Rodríguez probably lives in Escuintla (on the south coast), whereas the whereabouts of former Minister of the Interior Donaldo Álvarez Ruiz are unknown. Through its decision, the Belgian court made clear that the crimes committed are serious enough to be prosecuted as crimes against humanity under the Belgian genocide law. So far, Guatemalan authorities have not responded to the arrest warrants. Whether the accused will be extradited is unclear, given the dismal state of Guatemala’s justice system.

This breakthrough comes at a crucial moment. Guatemala’s justice system is being dismantled and the prospects for justice are bleak. Times have been different however. Under public prosecutors Claudia Paz and Thelma Aldana, and with support of the renowned International Commission Against Impunity in Guatemala (CICIG), progress was made in combating impunity. This led to convictions for genocide in the Ixil region (a verdict that was later annulled by the Constitutional Court), for sexual violence and sexual slavery against indigenous women, while corruption investigations sent various former Presidents to jail.

Public Prosecutor Consuelo Porras, the kingpin of this systematic dismantling of judicial independence, finds herself on the US State Department’s Engel list of persons involved in undermining democracy and obstructing corruption investigations. In spite of this and repeated condemnatory statements and resolutions by the international community, she was re-elected only last month. In this context, investigations and prosecutions of human rights violations are unlikely to move forward.

What can universal jurisdiction do

In such an adverse context, the case in Belgium can prove crucial. Belgium has been one of the pioneers in the field of universal jurisdiction, with cases against Rwandese genocide perpetrators amongst others. When investigations were started against former Israeli President Ariel Sharon and against high-level US military officers, international political pressure led to restrictions in the country’s universal jurisdiction principles. Jurisdiction is now generally only exercised under the passive or active personality principle – in cases with a Belgian victim or perpetrator, as in the present case. Nevertheless, the fact that a Belgian court considers the crimes committed in Guatemala as international crimes which it is competent to investigate, is ground-breaking and sends a clear legal and political message.

Cases of universal jurisdiction can have crucial impact on the countries where the crimes were committed. An example of this is the case of the former president of Chile Augusto Pinochet, which shows that in some conditions universal jurisdiction can be a catalyst for change. Although Pinochet was eventually released on health grounds, his arrest in London and the legal proceedings around his potential extradition had a strong impact in Chile. It led to changes in the justice system, a new and more flexible handling of the amnesty law, and a greater openness about the past. Another example is the recent Al-Khatib case, in which a German court convicted former officials of the Syrian regime residing in Germany for crimes against humanity. The conviction sent a powerful message to Syrian victims. The trial helps Syrian victims to keep their search for justice alive, in international courts as long as justice is impossible in Syria.

Transformation of the Guatemalan justice system is hard to imagine at this moment. The impact of the Belgian case should therefore be expected more in the political message it sends, and in terms of its effect on victims in Belgium and Guatemala. The families of the Belgian missionaries hope that it can serve two goals: achieving justice for the killing of their family members, and shedding light on the root causes of injustice in Guatemala. Solidarity with Guatemala and its population is an important motivation for them. Stefaan Berten, brother of the disappeared Serge Berten, explained that through the case, they can continue his work for better living conditions for the people on Guatemala’s south coast.

The family members of the disappeared Guatemalan community members at their turn also remember the Belgian victims. Survivors in Guatemala’s south coast have organised in victims’ organisation AMDE, which has denounced the disappearances and deaths of their family members. They especially remember the work and figure of father Voordeckers, one of the victims in the case. Every year they organise a commemoration of his death. In 2018, they filed a complaint against the Guatemalan State at the Inter-American Commission on Human Rights. A thematic hearing has already been held in the case, which involves 10 former Guatemalan military and police officers, of which three have died, three are in prison in Guatemala for other cases of crimes against humanity, and four are still free. Their claim also includes the crimes against the Belgian missionaries. The struggles for justice of Belgian and Guatemalan victims are therefore intricately connected.

As cases in the Inter-American System of Human Rights can take many years, the Belgian proceedings now present the clearest opportunity for justice. As the Al-Khatib case shows, lawsuits in domestic courts outside of the country can raise international attention for serious human rights violations. Universal jurisdiction can help to name and shame perpetrators that enjoy impunity within their own country, and put them in the international spotlight. Even if the accused will never be arrested in Guatemala, the collection of evidence in the Belgian case can help to clarify the past and thus contribute to truth finding. In this way, it responds to some of the demands of Guatemalan survivors, who want Europe to know the truth about Guatemala. 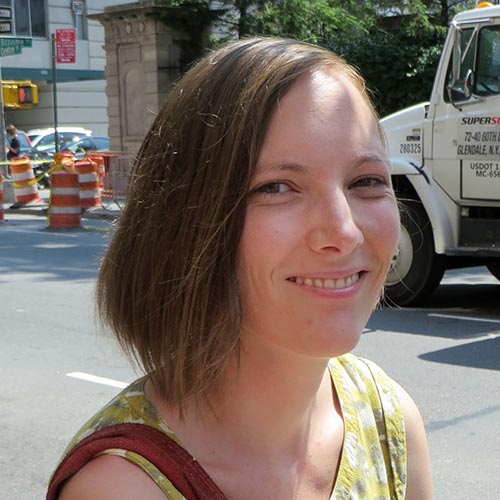 Sanne Weber is a senior programme officer for Impunity Watch, where she undertakes research and lobby on issues related to the rule of law, reparations for victims, and gender. She is also an academic researcher connected to the University of Birmingham. Her academic research explores how conflict affects gender relations, and how transitional justice mechanisms can transform gendered and other structural inequalities. Her work focuses particularly on Latin America (Colombia and Guatemala).