There is “no evidence that there was a sabotage group or that it gave a military advantage. It was nothing more than housing for civilians, who never allowed their apartments to be used as a military facility," prosecutor Yevhenii Lazorenko said on June 30 at the court in Chernihiv, 130 km north of the Ukrainian capital Kyiv.

In the dock is 31-year-old Mikhailo Kulikov, a tank operator-gunner of the Armed Forces of the Russian Federation. He is prosecuted for firing at a residential building in the suburbs of Chernihiv in the early days of Russia’s invasion of Ukraine.

On July 19, Kulikov testified that on February 23, 2022, at midnight, his unit was informed that they were going to "reinforce" the Belarusian border. On February 24, at 2 a.m., the convoy set off with four tanks, one armoured personnel carrier and two armoured vehicles heading towards the Russian border with Belarus. Later, Kulikov and his comrades learned that they were already in Ukraine, in the village of Senkovka, Chernihiv region.

The Russian army had planned to enter Chernihiv on the evening of February 25, but it turned out that the bridge at the entrance to the city had been destroyed by Ukrainian territorial defense. As a result, the Russians had to spend the night in the village of Tovstolis. The next day, they managed to bypass the broken bridge and get onto the asphalted road, where they were met by artillery fire. They drove into the forest, where the commander ordered Kulikov to fire three shots to scare the gunners, in case there were any. Kulikov admits that he saw neither military equipment nor a group of civilians near the forest, but the commander believed that the artillery fire was coming from there.

Caught in a henhouse

The Russians wanted to establish themselves at the airport of Chernihiv, and they drove around the city. Commander Leonid Shchyotkin apparently noticed soldiers in the window of a multi-story building. He ordered Kulikov to shoot. Kulikov loaded the tank with a 125 mm caliber high-explosive projectile. He targeted the 11-story residential building, which was located at a distance of 253 metres, according to court documents.

"It charges in 8 seconds. And it takes about 30 seconds to turn the [tank] turret. It took me no more than a minute," Kulikov explained in court.

Right after the shot, the Russians were fired upon by a Ukrainian tank. The driver died on the spot, and Kulikov and Shchyotkin left their combat vehicle, realizing that it was about to explode. They hid in the barn of a local household, amidst firewood and chickens.

On that day, the owner of the farm, Olena Savenok, first sat with her sister in the basement of her house, before moving to her neighbour’s. After lunch, when it became quieter, she dared to return home and feed the chickens. That’s when she saw two soldiers in the henhouse. Savenok recalled in court that the strangers did not say anything, but pointed a gun at her. Frightened, she ran away and informed her neighbours. Soon after, Ukrainian soldiers approached the house and captured the two Russians. "I was afraid of them. They took them away without me, I sat like a mouse in the cellar," Savenok testified in a mixed Ukrainian-Russian accent.

“The commander was not himself”

The woman cannot remember who exactly pointed the gun at her. Kulikov says that it was his commander. "The commander was not himself, he was contused, wounded. He had a gun with him, and he was constantly twitching with this gun. Is it fear? I do not know. He sat in front, and I sat behind. The grandma came in, and he pointed the gun at her. I jerked his hand down. I tried to talk to her so she wouldn't say anything [to anyone]. But she had already turned around saying: "I didn't see anything, I don't know anything. I needed a ladder." We knew that they would come after us."

“Did any of them threaten you or not?” Kulikov's lawyer asked Savenok.

“They pointed the pistol and held it.”

“No, they did not threaten me.”

“They didn't take you hostage? Were you released voluntarily?”

According to Kulikov, it was Shchyotkin who ordered him to shoot at the building on 43 Rappoport Street, because he allegedly saw “saboteurs” there. The sergeant was not used to doubting the orders of his superiors. “I swore an oath. That’s how we were trained. There is an oath to carry out the commander's orders immediately. I have served in the armed forces for 10 years - it's just a habit,” he said.

In one of the damaged apartments, court investigators found debris and fragments of 125-caliber ammunition. "We were initially told the purpose was to strengthen the border,” Kulikov said when asked in court. “I simply couldn't get out and leave the tank. During the first shelling, we started asking the commander what was going on, and only after that we heard what we were here for. They explained to us that other troops were here," said Kulikov. He clarified that he did not meet the troops of NATO or other countries, nor nationalist or fascist units.

“I apologize to the people of Ukraine”

Shortly after their arrest, Major Shchyotkin benefited from an exchange of prisoners with Russia. Staff sergeant Kulikov did not, and he went to trial on charges of violating the laws and customs of war. Kulikov does not deny his alleged action. He pleaded guilty at the beginning of the trial.

"This was my first situation. From that moment on, I still regret it," he told the court.

War crimes trials in Ukraine do not necessarily take place where the alleged crimes were committed. It is usually set according to the location of the investigative body which is seized of the case. The trial of Kulikov is different in this respect as it is held in the very city where the shelling occurred.

In court, Kulikov asked for forgiveness from the grandmother whom he and Shchyotkin scared when they hid in her chicken coop. He also apologized to the owner of the damaged apartment, Iryna Tymoshchuk. (The other two damaged apartments belong to the developer company).

"I apologize to the people of Ukraine. It was wrong of us. I am very sorry. In the future, I would not carry out orders that are criminal," said Kulikov.

The court adjourned the hearing until August 4. Before then, the prosecutor must decide what punishment he will request. In the case of a war crime that is not combined with intentional murder, the accused faces from 8 to 12 years in prison. 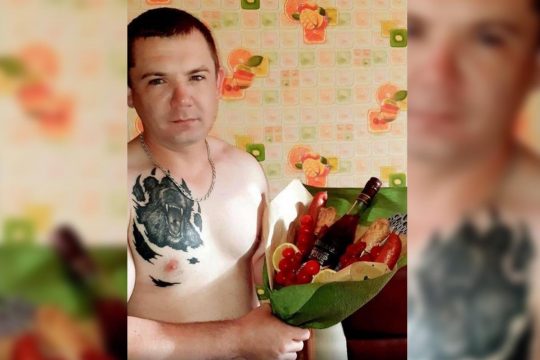 Starvation, a war crime never yet punished, in Ukraine and elsewhere
Most read

Ukraine: The first war time rape trial is held in absentia and behind closed doors