A confidential UN experts’ report leaked to the press on Tuesday calls for an arms embargo on South Sudan. It also says President Salva Kiir and a rebel leader should be sanctioned over atrocities in a two-year civil war.

The report says Kiir and rebel leader Riek Machar “are still completely in charge of their forces and are therefore directly to blame for killing civilians and other actions that warrant sanctions”, Reuters reported. The news agency said that although “the names of the individuals the panel recommend for sanctions in the form of an international travel ban and asset freeze were not included in the body of the report”, “a diplomat familiar with the contents told Reuters that a highly confidential annex calls for blacklisting both Kiir and Machar”.

Oil-rich South Sudan gained independence from Sudan in 2011, after decades of war with Khartoum. President Kiir, who hails from the Dinka ethnic group, and Machar, who is Nuer, worked together for a while but then fell out, sparking a new conflict in late 2013.

The UN report comes as South Sudan failed to meet a deadline for formation of a Unity Government including Kiir and Machar and in line with a peace deal signed in August.

NGOs such as Amnesty International say the UN must act on the expert panel report.  US-based NGO the Enough Project agrees. Justine Fleischner, a senior analyst with the Enough Project, has just returned from South Sudan. She spoke to JusticeInfo.net from Nairobi.

JusticeInfo.net: It seems the warring parties have again failed to form a unity government in line with the August peace agreement. Why do you think this is?

Justine Fleischner: There was a deadline on the 22nd to form a transitional government and that deadline was not met because of an issue in particular around the creation of 28 states by the government of South Sudan. The peace agreement was based on the previous 10 states, and now that the government has moved to create 28 states the opposition has basically said that they can’t form a Constitution on which to base the government because there’s major disagreement over the new boundaries of the states, land that has been given to Dinka majority areas from other tribes, issues around where the oil is located and who is the majority in those states. So is it consistent with the peace agreement? I think the answer is very clearly no. Does it create other conflict risk factors, given disputes over borders and natural resources? Yes. And so it seems that the move to create 28 states and the timing of it – it could be tabled for discussion after the transitional government has been formed – raises serious concerns that the government is not seriously committed to implementation of the peace agreement that they signed back in August.

JusticeInfo.net: And now there is a leaked confidential report by a UN panel of experts calling for sanctions on the two main political leaders in this conflict, President Salva Kiir and rebel leader Riek Machar, and accusing them of direct responsibility for a litany of human rights abuses in South Sudan. What is your reaction to the report?

JF: The panel of experts has a mandate to investigate based on the criteria outlined in the UN Resolution that was passed. It’s Resolution 2206. So they are supposed to be an impartial body, they are made up of international experts and they basically report directly to the Sanctions Committee in the UN Security Council.  And so they have done in-depth investigation over the past year. I think their findings are pretty clear and speak for themselves. We have long argued for targeted asset freezes and travel bans against individuals most responsible for orchestrating atrocity crimes in South Sudan and also those that seek to obstruct the peace process, so of course if these are the panel’s findings they need to be deliberated on very seriously by the Security Council and appropriate action should be taken, based on the Resolution that the Security Council itself unanimously passed.

JusticeInfo.net: The experts’ report talks about horrendous human rights abuses, including killing, burning villages, gang rape and use of child soldiers. It comes after another report from the Office of the UN High Commissioner for Human Rights, also documenting such abuses and calling for accountability.  The peace deal includes transitional justice mechanisms. Is anything being done on accountability?

JF: This is a problem that has plagued this peace process, where there have been real differences of opinion between those that think peace needs to come first before justice and others who say they have to go hand in hand. We’re of the mind that they have to go hand in hand and that we will not have any sustainable peace and stability in South Sudan until those who are responsible for the worst atrocity crimes and also economic crimes are held accountable. The thieving and looting that went on in South Sudan after independence is why the parties are so keen to get back into government and negotiate political power, because of the huge economic dividends that provides. There must be accountability, not just for human rights atrocities but also for economic crimes and grand corruption. 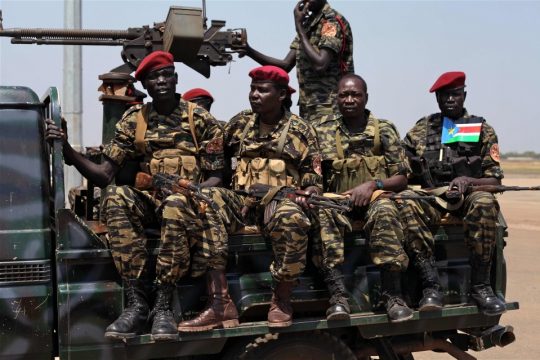 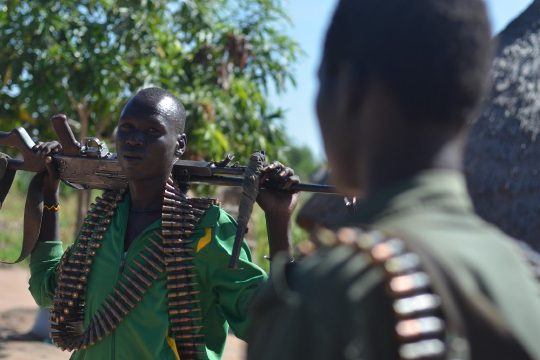