The highlight of the week in transitional justice was the confirmation that former Ivorian First Lady Simone Gbagbo is to stand trial from April 21 for “crimes against humanity” committed in the post-election violence of 2010-2011. As the trial of her husband Laurent Gbagbo continues before the International Criminal Court (ICC) in The Hague, Côte d’Ivoire has affirmed its sovereignty by trying in its own courts a woman wanted by the ICC. But in so doing, it has a twofold responsibility: to conduct a fair trial, and also to tackle criticisms that it is applying “victor’s justice” for crimes committed in the 2010-2011 crisis.

The announcement of Simone Gbagbo’s trial comes as the ICC’s failure to shed light on responsibilities for post-election violence in another country, Kenya, is still fresh in people’s minds. In Abidjan, the decision to try the former First Lady was immediately followed on Friday April 22 by a reconciliatory gesture from the government, which widens the scope of reparations for victims of the crises in Côte d’Ivoire. According to the Minister of Solidarity, Social Cohesion and Victim Reparation, “reparations for harm done in Côte d’Ivoire’s crises is one of the main ways to pacify hearts, reduce frustration and resentment, and move towards national reconciliation.”

In Rwanda, the life sentence against academic Léon Mugesera for a hate speech was hailed by the head of victims’ association Ibuka, who said “the bell has tolled for the ideologues of genocide”. The Defence has appealed, and maintains that the trial was not fair. The challenge for Kigali after this first trial of an extradited genocide suspect (Mugesera was extradited from Canada) is to show that trial procedures in Rwanda meet fair trial norms, and so obtain more extraditions. Upcoming extradition decisions in Europe and elsewhere will indicate whether the Mugesera trial has convinced other countries.

Meanwhile, civil society protest is growing in Chad after the announcement on Thursday that President Idriss Deby was overwhelmingly re-elected in a first round poll for a fifth mandate. And in Congo Brazzaville, a group of NGOs is calling for dialogue to bring the country out of “post-election crisis” after the contested re-election of President  Denis Sassou Nguesso. This call seemed to bring a first diplomatic reaction on Tuesday April 19 when France broke its silence to demand that “light” be shed on the situation in that country.

People in the Central African Republic are also saying, sometimes violently, “enough is enough”. This time, it is to attacks by Lord’s Resistance Army (LRA) rebels from Uganda. Meanwhile, the first trials have been announced in Uganda (Thomas Kwoyelo) and before the ICC (Dominic Ongwen) of former members of this murderous and tenacious group born in northern Uganda in 1988 after President Yoweri Museveni came to power.

Elsewhere in the Arab world, civil society is also awakening as a “watchdog”. Our correspondent in Tunis looks at the situation of Arab women, who have seen their rights eroded since the revolutions of the “Arab Spring”, with the notable exception of Tunisia. 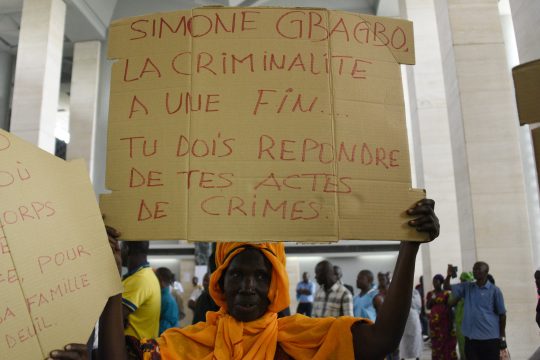 Ivorian Ex-First Lady to be Tried for Crimes against Humanity 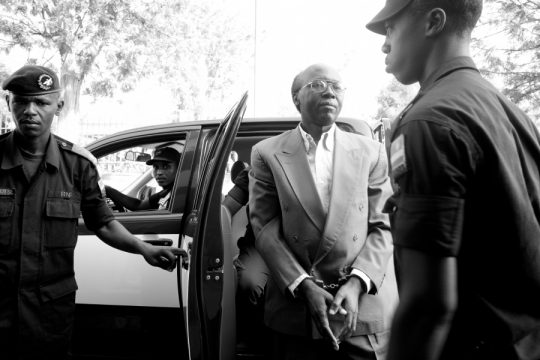