This week showed some of the different faces of transitional justice. In Colombia, a new peace accord was finally ratified, whilst Tunisia continued public hearings of former regime victims, and debate continued in Rwanda over the role of the Catholic Church in the 1994 genocide.

After signing the Colombian peace accord, President Juan Manuel Santos and the main rebel movement FARC now have six months to implement it. Justice and impunity are central issues in the process.

“The revised accord details the way transitional justice is to work,” explains JusticeInfo’s Bogota correspondent Christine Renaudat. “The text stresses that the Special Jurisdiction for Peace, to be set up under the agreement, will have full means to investigate FARC crimes, so as to ensure full confessions. Without full confessions, the rebels will not get the lighter punishment of `restricted freedom` for 5-8 years. These clarifications go some way to answering the concerns of Human Rights Watch, which said the first accord was too vague on these points, and the Prosecutor of the International Criminal Court”, who stressed the importance of “genuine accountability”.

The army and paramilitary groups are also supposed to be held accountable for their crimes but, writes our correspondent, “the new agreement seems to restrict the possibilities for the Special Jurisdiction for Peace to convict those who ordered the crimes, including the military, which was responsible for numerous extrajudicial executions”.

The same issues of impunity haunt the hearings of victims before Tunisia’s Truth and Dignity Commission, notably with regard to whether perpetrators will appear. Those people who carried out the Ben Ali regime’s dirty work, whose crimes are revealed daily by their victims, have so far remained silent and refused to testify. Transitional justice (TJ) experts interviewed by our Tunis correspondent Olfa Belhassine say that shedding light on the truth needs the perspectives of both victims and perpetrators, otherwise it will be a “limited, subjective truth,” according to TJ expert Kora Andrieu. “If only the victims’ truth is published, not only are we missing a whole slice of the reality of the past that we are trying to deal with, but it gives the impression the victims are being used. To take the example of Morocco, the overriding impression when we look at the hearings of the Equity and Reconciliation Commission is that the victims were `useful` to the government. By testifying, they gave it the opportunity to regain a certain legitimacy, but without ever challenging the regime or establishing the deep, structural, institutional causes that allowed these violations to happen. And it is not always the victims alone that hold that truth.”

This fundamental question of collective memory of mass human rights abuses is still central in Rwanda, more than 20 years after the genocide. The role of the church remains controversial, and the government says apologies presented by the Rwandan Catholic hierarchy in a pastoral letter at the end of November are still “profoundly inadequate”. Kigali is urging an apology from the Vatican for the role of the Church as an institution during the genocide. “The current Rwandan government accuses the Catholic Church not only of abandoning the Tutsis in 1994, but also of having played a leading role in the spread of a colonial ideology that culminated in the genocide of Tutsis,” writes our correspondent in Kigali, Emmanuel Sehene Rugigiro. “That heavy accusation was repeated by President Paul Kagame during commemorations for the 20th anniversary of the genocide in April 2014.This is a view shared by some Catholic priests, especially Tutsi ones, some of whom have started to express it publicly, at the risk of entering into conflict with their hierarchy.”

Still with regard to remembrance, a Swiss project is trying to promote justice for the disappeared and forgotten, according to an article by our partner Swissinfo entitled “Death opens the eyes of the living”, which comes from a Spanish proverb.

Secret mass graves in Mexico, “disappeared” people in Argentina, silence on Franco’s abuses in Spain and war in Syria, these are all human rights situations that demand truth and justice. But what happens when the search for truth comes up against impunity? “What does ‘right to the truth’ actually mean when criminal proceedings are not possible due to amnesty laws, state denial, systematic disappearances of bodies or the deaths of those responsible?” ponders Sévane Garibian, a law professor at Geneva and Neuchâtel universities, who is leading the project. And how can we investigate extreme violence and protect the evidence, without the support of the judicial system? For this high-profile project she has partnered with institutions such as the Swiss foreign ministry, Swisspeace, Oxford and Columbia universities and the International Center for Transitional Justice (ICTJ).

The underlying hypothesis is that the law, as well as having a regulatory function, also has a “cognitive function” which, in post-conflict situations, is based on tree types of evidence: testimonies, archives and human remains. 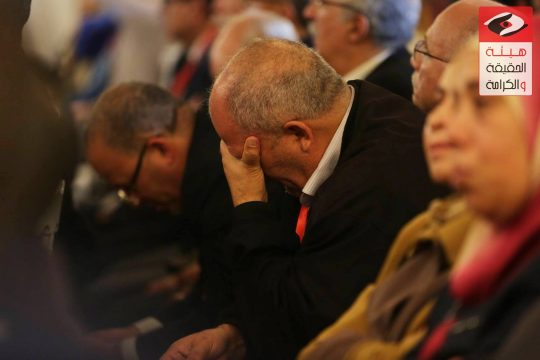 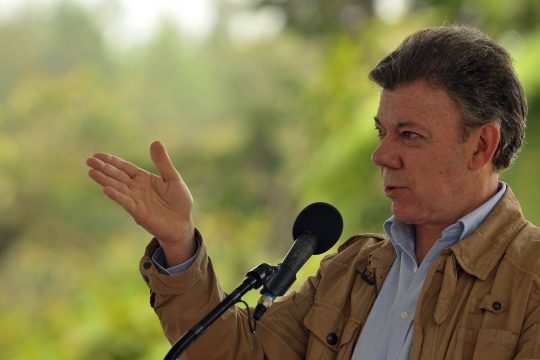 What prospects for peace in Colombia after the referendum?
Colombia : Related articles

François Sergent, JusticeInfo
All reports from this author
François Sergent was editor-in-chief of Justice Info from its launch in 2015 until the summer of 2018. He has a career in the world of journalism and has been assistant editor of the newspaper Libération. In particular, he held the positions of correspondent in London and Washington, head of the World Service, editor-in-chief. From 2009 to 2013 he is a member of the Thematic Council at the Geneva Film and Human Rights Film Festival (FIFDH). François Sergent studied in Paris where he obtained his degree in Political Science, in Advanced Studies in Economics completed by a degree in History at the Sorbonne.