In early 2014, Abu Khuder – his nom-de-guerre – moved to Europe from Syria. A career combatant, he told The Guardian in 2012 that he had successively fought for the Syrian government, the opposing Free Syrian army and an Al Qaeda-related group, the al-Nusra Front. But after about three years of fighting, he left Syria and moved to The Netherlands where he got a temporary residence permit after registering as a refugee.

On May 21, the Dutch office of the war crimes prosecutor, following up on information from German judicial authorities, announced the arrest of Abu Khuder, now 47. He is accused of committing war crimes and terrorism offences in Syria where he allegedly commanded a battalion known as Ghuraba’a Mohassan or “Strangers of Mohassan”.

Two Jihadists in the dock

The arrest of Abu Khuder is a boost for the Dutch war crimes unit which has been trying to get Syria war crimes cases before a judge. In an interview conducted before this week’s arrest Dutch war crimes prosecutor Nicole Vogelenzang told JusticeInfo that there were several causes for the perceived lag of The Netherlands in getting Syrian cases to court. “Other countries have started doing much more than before with regards to Syria or ISIS [Islamic State, or Daesh] cases; they also have many more refugees on their territory that can give them information about crimes”, she explained.

Annemarie van Zeeland, legal advisor to the prosecutor’s office stressed that there has to be a link to The Netherlands for a universal jurisdiction case to stick. In practice that means a suspect must be present on Dutch soil before a full-fledged investigation can be launched or there must be victims who are Dutch nationals or perpetrators who are Dutch nationals. “Countries like Germany can start thematic, structural investigations. We cannot. We have to wait until we have a suspect on Dutch soil,” she said.

The Dutch unit has looked at crimes perpetrated by the Syrian regime as well but “while we have a big diaspora in Europe they often have family still in Syria which means they are very reluctant to testify publically and with only anonymous witnesses we cannot build a case,” Vogelenzang laments.

In July returned Dutch ISIS fighter Oussama Achraf Akhlafa, will go on trial for war crimes and charges of membership of a terrorist organization. He is accused of posing with the remains of a crucified victim, which amounts to outrage upon personal dignity and humiliating and degrading treatment, a war crime. The case will mark the first time war crimes are charged under the overhauled 2003 law on international crimes in The Netherlands.

A pioneer of universal jurisdiction

With the arrest of al-Nusra’s Abu Khuder the Dutch unit now has a second Syria case, involving another Jihadist fighter. The exact charges against Abu Khuder and a date for trial still have to be announced. What’s clear, however, is that this case is the result of close cooperation between the German and Dutch war crimes units. Vogelenzang said her unit is in very close contact with their German colleagues, as well as those in Sweden, France, Norway and Belgium. European war crimes prosecutors also meet twice a year through the Eurojust Genocide Network. “At those meetings in closed sessions we tell each other what we are working on,” Vogelenzang said.

The Netherlands has long been at the forefront of prosecuting international crimes under universal jurisdiction with a specially dedicated team. When the International Criminal Tribunal for the former Yugoslavia (ICTY) came to The Hague in 1994 a special police and prosecution team was established to investigate potential perpetrators of war crimes and crimes against humanity from the former Yugoslavia.

In 1998 it was broadened to look beyond the territory of the former Yugoslavia. The Netherlands was one of the first European countries with a specialized war crimes unit looking into universal jurisdiction cases. Germany would follow in 2003 and France and Switzerland would take another decade to set up their units. “I think the Dutch unit inspired many other European countries to set up their own specialized war crimes units,” said Vogelenzang. 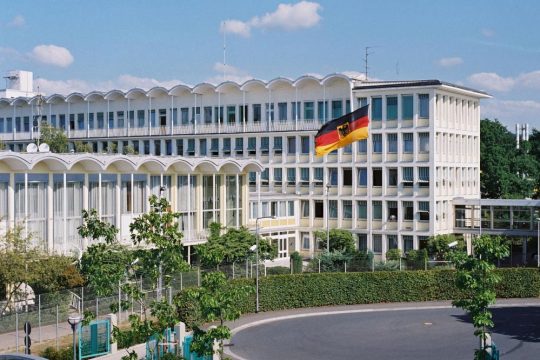 A flurry of trials in the early 2000s

The early years of the Dutch unit, however, did not see many trials apart from one Rwandan extradition case.  After 2003 it got a new impulse from a new law on international crimes. The new law confirmed that universal jurisdiction applied for genocide, crimes against humanity and war crimes also for non-Dutch nationals but there had to be a link to The Netherlands. Unless victims or perpetrators are Dutch nationals the prosecution team can only investigate if suspects are actually present on the territory of The Netherlands. The war crimes unit was renamed Team International Crimes (known by its Dutch acronym of TIM). It was brought directly under the national prosecutors’ office in Rotterdam. A flurry of trials followed. Congolese Sebastien Nzapali, a former commander in the Garde Civile of former dictator Mobutu Sese Seko, was arrested in 2003 and convicted to two and a half years in prison a year later. Two former high-ranking Afghan officers in the intelligence services were arrested in 2004 and received sentences of up to 12 years for torture. Two Dutch businessmen were also indicted in that period. Frans van Anraat was convicted in December 2005 to 15 years in jail for supplying chemicals to the regime of Saddam Hussein. The chemicals were used in poison gas attacks which killed thousands of civilians in Iraq. On appeal in 2007 his sentence was increased to 17 years.

In 2004 the war crimes unit also started investigating timber merchant Guus Kouwenhoven. Prosecutors said Kouwenhoven trafficked so-called blood timber for illegally imported guns for the regime of Liberian president Charles Taylor during the wars that ravaged his country and neighboring Sierra Leone in the 1990s. After a drawn out legal battle that eventually ended in a retrial Kouwenhoven was convicted for war crimes and illegal arms trafficking in 2017 and sentenced to 19 years in prison.

In addition, two Rwandan suspects accused of taking part in the 1994 genocide were tried and convicted while five were handed over to other jurisdictions. Three of those accused were convicted by the International Criminal Tribunal for Rwanda (ICTR). The other two were handed over to Rwanda after the ICTR had closed its doors. Their trials are ongoing.

Priority to the MH17 investigation

Then, after 2014, such cases seemed to taper off. In 2011 five Sri Lankan members of the so-called Tamil Tigers, a militant separatist group, who resided in the Netherlands were tried and convicted. But the charge against them was of membership of a criminal organization which had as an aim to commit terrorist acts and war crimes.

There are several reasons for the lull. After the initial push in the early 2000s it is said that most of the low hanging fruit was already dealt with. Prosecutors also learned that trying international crimes in Dutch courts with witnesses mainly based outside of The Netherlands was particularly complicated. In the Kouwenhoven case the prosecution ran into a lot of trouble by using Liberian intermediaries to find witnesses who were later discredited by the defence. “The most important lesson we learned from the Kouwenhoven case [is]: We want the least possible interference with our witnesses no matter where they are,” Vogelenzang said. “Now we really focus on cases that have clear evidence and where the witnesses are in The Netherlands or countries where they are easily accessible,” she added.

Another important reason for the slowing down of war crimes investigations came in June 2014 after a Malaysian Airlines passenger plane travelling from Amsterdam to Kuala Lumpur was shot down over Ukraine killing all 298 people on board, including 193 Dutch nationals. While the TIM was not itself investigating the attack, the Joint Investigation Team set up to probe the MH17 flight borrowed heavily from TIM staff because its police investigators and prosecutors had knowledge about international crimes and cross border investigations.

“In the beginning a lot of our capacity was added to the MH17 investigation. It’s only this year that we are back up to strength and we have replaced the people who left for the Joint Investigative Team”, explained Vogelenzang.

While operating with diminished capacity the war crimes unit still managed to pull off a remarkable case against Eshetu Alemu for crimes committed during Ethiopia’s Red Terror in the 1970s. For the war crimes unit the case was unique in many ways. It was the first time they prosecuted crimes dating back to the 1970s, and they did it without much cooperation from Ethiopia. While Addis Abeba had worked with Dutch prosecutors in the early stages of the case and handed over some documents they later withdrew their cooperation. The case against Alemu was entirely based on the documents the Ethiopians had handed over from Alemu’s in absentia trial in Ethiopia for similar facts, on testimonies from victims found among the Ethiopian diaspora in the United States and Canada.

In late 2017, outside a modernist courtroom in The Hague a Canadian member of the Ethiopian diaspora was overcome by emotion. Alemu, the man who oversaw the prison where he was tortured as a schoolboy, had just been sentenced to life in prison, more than 40 years after the facts.

Vogelenzang now wants to focus on more recent war crimes cases in active conflicts like Syria and Iraq. “In the past we did a lot of Afghanistan and Rwanda cases and these are still important for us because we have a large diaspora. But because the events are now longer ago than the first time we did those cases, we’re seeing that investigating gets harder and harder. The passing of time really works against us,” she explained.

The unit is actively trying to contact Yazidi NGO’s and is looking for information from Yazidi victims. UN experts have assessed that ISIS had committed genocide against the Yazidi religious minority in Syria and Iraq. Among other crimes, some 7,000 Yazidi women and girls were captured in Iraq by Islamic State in 2014, kept as slaves, tortured and raped. “We really have our attention on the Yazidi community and what was done to them, with the caveat that there has to be a link to The Netherlands for us to investigate,” Van Zeeland said. Vogelenzang echoed that a Yazidi case would be welcomed “with open arms”. This would also open the door to another first in the country: a conviction for genocide.