Tomorrow, June 19, is International Day to End Conflict-related Sexual Violence. It’s been a roller coaster year for survivors of conflict-related sexual violence and their advocates. The last time June 19 came around, many of us were reeling from the acquittal of Jean-Paul Bemba Gombo by the Appeals Chamber at the International Criminal Court (ICC), which had just reversed the ICC’s first conviction for rape and sexual violence. Six months later, in December 2018, morale swung in the opposite direction: the Nobel Peace Prize went to Dr. Denis Mukwege and Ms. Nadia Murad for their joint efforts to support survivors of conflict-related sexual violence in their home countries of Democratic Republic of Congo and Iraq.

Then, on April 23, 2019, the pendulum swung back slightly for some. The United Nations Security Council passed its ninth resolution relating to its “Women, Peace and Security” (WPS) Agenda. Birthed nearly twenty years after UN Security Council Resolution 1325, which first articulated in 2000 conflict-related sexual violence as a matter of international peace and security, this new resolution 2467, referred to as UNSCR 2467, attracted far more attention than most of its WPS predecessors.

This was not only because Amal Clooney addressed the Council. Nor was it because the Council’s curtains were open for the first time since 1964, when someone tried to assassinate Che Guevara. It was because the United States threatened to tank the entire resolution because of four words. They were ultimately omitted. And yet, consumed by frustration about this infamous “deletion”, we have been slower to identify and activate around UNSCR 2467’s several positive provisions. There are many and we need to use them.

What four words could bring down a resolution? “Sexual and reproductive health.” For most of us, these words would seem essential in a document promoting a survivor-centered approach conflict-related sexual violence. It seems, though, that certain members of the Security Council could use reminding that after rape by armed actors or sexualized torture in detention or any of the ways this harm takes place, most survivors do not first think of going to court. They are first looking for a doctor. They want to know if they are pregnant, if they contracted HIV, if they can have some aspirin. In some more brutal cases, they may need surgery. They may want to know if they can still have children. Care for sexual and reproductive health is essential.

And yet mentioning those four words in the text of UNSCR 2467 endangered the passage of the overall resolution. The U.S. representative, acting on behalf of an administration actively rolling back access to contraception and abortion at home and abroad, threatened to veto the Germany-sponsored resolution unless those four words were removed. And so reference to sexual and reproductive healthcare suffered death by (seemingly) a thousand cuts.

One cut: replacing explicit mention of “sexual and reproductive health” services with a blanket reference to the “comprehensive” services as mentioned UNSCR 2106, passed in 2013. Paragraph 19 of UNSCR 2106 is thus worth reviewing:

“Recognizing the importance of providing timely assistance to survivors of sexual violence, urges United Nations entities and donors to provide non-discriminatory and comprehensive health services, including sexual and reproductive health, psychosocial, legal, and livelihood support and other multi-sectoral services for survivors of sexual violence… (emphasis added)”

If the words “sexual and reproductive health” themselves were to be deleted from UNSCR 2467, this penultimate version at least invoked a previous Security Council resolution which mentioned them clearly.

But the night before the vote, another cut. Paragraph 16(a) in the final version of UNSCR 2467 simply called upon all Member States to “ensure that survivors of sexual violence in conflict… receive the care required by their specific needs and without any discrimination.” The invocation of UNSCR 2106 (and, by transitive property, its explicit mention of sexual and reproductive healthcare) had also suddenly disappeared.

UNSCR 2467’s ultimate language was vague enough to include sexual and reproductive healthcare services as a semantic matter. However, diluted by the U.S. threat of veto, it had lost the power of clear, affirmative prescription. It says, Sure, survivors, you can have those services if you need them. We just won’t help make the case to your states. Good luck.

Right after, delegates expressed their concerns with the deletion of “sexual and reproductive health services” in unusually pointed terms. France expressed diplomatic “surprise” at the unnamed use of veto threat, calling it bewildering and unacceptable. The Dominican Republic characterized the denial of healthcare to rape survivors “cruel and degrading treatment.” South Africa reminded that an absence of essential health services threatens the right to life and regretted that political consensus had proven more important than survivors’ needs. The Belgian delegate, sitting elbow to elbow with the U.S. one, barely hid his incredulity: To understand “care” for rape survivors as excluding sexual and reproductive healthcare is absurd. The message from many States was clear: Despite political tantrums, nothing has changed. And besides, we still have UNSCR 2106.

One can hope that sexual and reproductive rights of rape survivors still matter to Member States and that deletion of words will not result in a denial of services. And, if moral integrity or political standing have any value, perhaps it will be the U.S. and not survivors who ultimately suffer.

Sexual violence and exploitation happen often in war-affected regions, and children are sometimes born as a result. For example, we see hundreds of children born of rapes in Bosnia in the 1990s, or a generation of children born of mass forced marriage in Cambodia under the Khmer Rouge.

These children are often deeply affected and marked by the social upheavals that brought about their conception, as well as their later treatment by society. In Northern Uganda, for example, children born to women and girls who were taken captive by members of the Lords’ Resistance Army are often seen as  “bad blood” or enemies to a community upon return. Research increasingly indicates that children like these may face stigma, discrimination, abandonment and even infanticide. They may not receive a father’s name, leading to exclusion from family structures and patrilineal inheritance systems. Further, due to extreme economic difficulty and lack of secure family networks, they may also be vulnerable to becoming street children or being trafficked. Some are stateless and efforts to secure their rights under international law may prove difficult due to their ambiguous legal status.

So far the international community and UN Security Council have mainly focused on caring for the individual survivor of rape. Now, UNSCR 2467 highlights the specific support and protection needs of the children they may bear, as well. In paragraph 18, the resolution notes that these survivors and their children may both face “economic and social marginalization, physical and psychological injury, statelessness, discrimination and lack of access to reparations.” It urges States to recognize their equal rights and fulfill obligations under international law to protect and support them. In doing so, UNSCR 2467 reminds of the transgenerational impacts of conflict-related sexual violence and expands the scope of protection and support.

Another important feature of UNSCR 2467 is its acknowledgement of the linkage between conflict-related sexual violence and forced displacement. The complex truth is, sexual violence can be both a driver and a result of displacement – for example, the threat or experience of rape by armed actors may force a person and his or her family to flee home. Once in flight, individuals become vulnerable to rape and sexual exploitation in migration – as at the hands of a smuggler or when trying to negotiate a border crossing without papers. Finally, people may even risk sexual violence upon reaching “safety” in a refugee camp, where tensions can run high due to overcrowding, where police presence is minimal, and where even peacekeepers or humanitarian workers can exploit the people in their care. Risks of abuse exist in urban areas as well, where a newcomer may not have a safe place to live or a means of earning money.

UNSCR 2467 addresses the connections between conflict-related sexual violence and forced displacement more fully and clearly than any previous Security Council resolution. In paragraph 31, the Council acknowledges the “heightened risks of sexual and gender-based violence” and barriers to support services during displacement. Notably, the resolution goes further to say, “in accordance with international refugee law and international human rights law, as applicable, sexual violence in armed conflict and post-conflict situations may constitute a gender related form of persecution for the purposes of determining eligibility asylum (sic) or refugee status…”

This language is critical to promote survivors’ access to permanent safety and legal status once they have fled home, through asylum or other forms of international protection. While gender-based claims of past persecution have been acknowledged as grounds for asylum in certain countries, this is certainly not always the case. So, in this respect, UNSCR 2467 provides valuable language and political support for the consideration of protection claims involving conflict-related sexual violence.

One final jewel buried in UNSCR 2467 that has not received sufficient attention is its deeper consideration of men and boys who may have suffered conflict-related sexual violence. While in previous resolutions, mention has been cursory if it has appeared at all – largely due to the importance of highlighting the crucial needs of women and girls in the context of the WPS agenda – UNSCR 2467 does more than offer the token, “and it also affects men and boys” language. Instead, paragraph 32 urges Member States to “protect victims who are men and boys through the strengthening of policies that offer appropriate responses to male survivors and challenge cultural assumptions about male invulnerability to such violence…” In doing so, the resolution takes up some of the gender norms that contribute to both the perpetration of and silence around conflict-related sexual violence. It further requests that all genders be included in monitoring of conflict-related sexual violence going forward. This should in time provide a clearer, evidence-based understanding of who is affected by this violence in conflict-affected settings.

A pathetic hill to die on

Despite many advocates’ grave disappointment with the absence of reference to “sexual and reproductive health” in UNSCR 2467, the policy framework for the inclusion of these services remains intact thanks to UNSCR 2106. And, if the post-vote comments of the majority of Member States are any indication, most reasonable people understand full well that survivors of sexual violence – conflict-related or otherwise – should have access to basic sexual and reproductive healthcare services. It was a pathetic hill for the U.S. to die on, as the expression goes. Now, to ensure that survivors actually benefit from UNSCR 2467, we should look to its other 36 paragraphs. They give us plenty to work with. 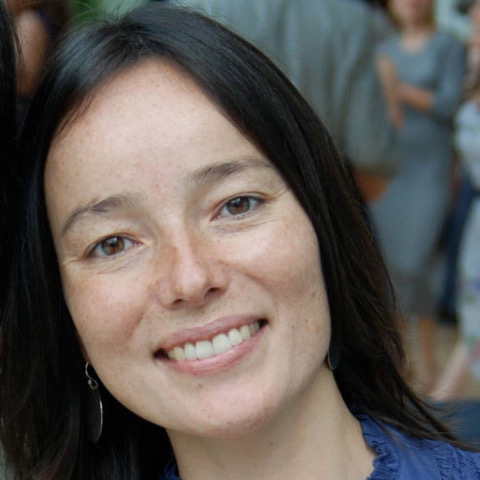 Kim Thuy Seelinger is Lecturer in Law and Director, Sexual Violence Program at the Human Rights Center at University of California, Berkeley School of Law. She focuses on sexual violence committed in armed conflict and migration and serves on the UN High Commissioner for Refugees’ Advisory Group for Gender, Forced Displacement, and Protection.