It was 15 September 2003 when the previous Truth and Reconciliation Commission (TRC) launched its work in Bangui. The Central African Republic (CAR) had just emerged from a long and violent crisis. Between 2001 and 2003, fighting between troops loyal to President Ange-Félix Patassé and those supporting rebel former chief of staff François Bozizé tore much of the country apart. And this struggle for power was not just an internal matter for the Central African army, since the two sides had support from foreign fighters and mercenaries. Patassé received the support of Libyan troops, Congolese rebels under the control of Jean-Pierre Bemba and Chadian mercenaries led by Abdulaye Miskine, while Bozizé's forces were backed by Chadian Idriss Déby's presidential guard and mercenaries from the same country. This power struggle resulted in the forced displacement of some 100,000 civilians, as well as killings, mass sexual violence and looting, committed by both the Central African army and foreign fighters.

The TRC was then part of the national dialogue that new president François Bozizé launched under pressure from the international community. Its work was divided into six commissions, focusing mainly on political, security, economic and social issues. The TRC had very ambitious objectives - including "establishing a precise account of the facts that have plagued Central African society from the 1960s to the present day" and "promoting understanding and genuine national reconciliation" - but very limited time and powers to achieve them. Despite everything, in only a fortnight, the members of the commission succeeded in making a fairly precise diagnosis of the causes of the country's "catastrophic situation" and the responsibilities of each head of state since independence, as well as proposing short-, medium- and long-term solutions to the main problems identified.

They also interviewed eight people, including Bozizé's Prime Minister Abel Goumba and former President David Dacko. In its final report, the TRC suggested continuing its work beyond the national dialogue, in order to receive complaints from victims, continue the hearings, seek funding for reparations and pass an amnesty law.

The risk of an empty commitment

Today, not many Central Africans remember the TRC experience, for obvious reasons. The national dialogue of 2003 was part of an operation to give the new president legitimacy with countries of the region and donor countries who were to finance reconstruction and reforms, notably France. It was a dialogue between victors, since former president Patassé was excluded because of a war crimes complaint against him before the International Criminal Court (ICC). Moreover, the TRC did not have the authority to investigate serious human rights violations committed by troops loyal to the new president. Instead of relying on victim participation and the establishment of facts and responsibilities, national reconciliation was supposed to stem from only one act: General Bozizé's request for forgiveness for the "excesses" of the rebellion that had brought him to power. In this context, of course, the recommendation to continue the work of the TRC remained a dead letter.

Both in Rome in 2017 and in Khartoum in 2019, the TJRRC represented the perfect compromise between amnesty and fighting impunity, an empty commitment that could bring all parties in conflict to an agreement without affecting their interests.

The circumstances that led to the creation of the Truth, Justice, Reconciliation and Reparations Commission (TJRRC) today are no doubt different from those of 2003. This Commission was first proposed in 2015 at the National Reconciliation Forum in Bangui, which brought together more than 600 representatives of political parties, armed groups, civil society and religious groups from all over the country. The TJRRC is thus a sincere expression of Central Africans' desire to turn a page on a dark chapter of their history, the coup d'état of 2013 and the inter-community clashes that followed. However, in the years that followed, the Commission has gradually moved away from its origins and become a political tool for the elites in peace negotiations. Both in Rome in 2017 and in Khartoum in 2019, the TJRRC represented the perfect compromise between amnesty and fighting impunity, an empty commitment that could bring all parties in conflict to an agreement without affecting their interests.

Narrow social base and political pressure

It is because of these developments that the lessons from the 2003 Commission are important again. Indeed, the two elements that marked the failure of that first Commission are no less relevant today. First, the TJRRC may lack the social base necessary to achieve its objectives. The popular consultation that took place in July 2019 covered only a very limited part of the country, mainly the capital and its surroundings. The most vulnerable populations, those living in areas controlled by armed groups and the one million internally displaced or refugee Central Africans were not consulted. Even though the bill includes mobile teams, the TJRRC remains extremely centralized in Bangui, which is almost certain to leave out other Central Africans if one considers the road and transport conditions in the country.

This TJRRC's centralization also increases its exposure to all types of political pressure. The CAR is preparing for presidential elections, scheduled for December 2020, in an explosive political context. Some fifteen parties in opposition to President Touadera have come together in a movement whose initial demonstrations have been forcibly repressed by the authorities. And the return to Bangui of former President Bozizé and his possible candidacy for the presidential elections -  despite UN sanctions and an international arrest warrant against him - could completely destabilise a political scene where Touadera has been taking a second term of office for granted.

With a mandate as ambitious as the 2003 Commission, the TJRRC will have to pronounce on the responsibility of several Central African political leaders still in positions of power, which could prove impossible in the absence of a real political will to renew the country's elites. Technical and financial support from international institutions – which proved lacking in 2003 - will not be enough for the TJRRC to achieve its objectives. So it may be that in the Central African Republic setting up another transitional justice institution - alongside the ordinary courts, the Special Criminal Court and the ICC - does not necessarily translate into a more effective fight against impunity. 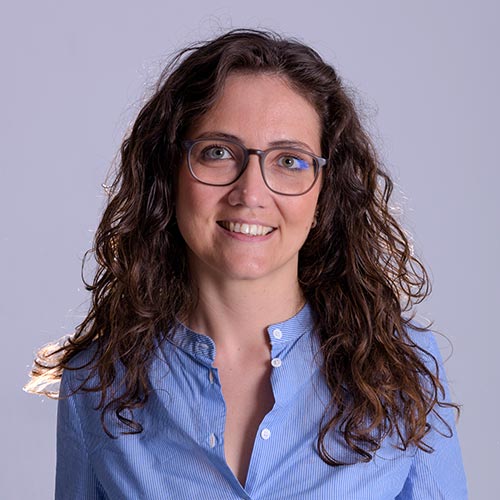 Enrica Picco is a lawyer, researcher, specialist on Central Africa and former member of the United Nations Group of Experts on the Central African Republic. With some 15 years of experience in the field (mainly with Médecins sans Frontières), Enrica Picco has combined management positions with research and lecturing. She currently works with a wide range of institutions, including the United Nations, international NGOs and think tanks. She is also the author of several articles for newspapers and academic journals, and lecturer at the Ramon Llull University in Barcelona. Her research focuses on conflict dynamics, displacement and justice issues.