JUSTICEINFO.NET: The trial of two former intelligence officers Anwar Raslan and Eyad al-Gharib, in Koblenz, is presented as a landmark case in Europe. What is at stake?

WOLFGANG KALECK: What happened in Syria the last decade is a tragedy. Crimes of such a magnitude cannot be ignored. There is no international tribunal, because the UN Security Council is paralyzed by the veto powers of China and Russia. Proceedings in Europe, under the principle of universal jurisdiction are, for now, of last resort. But there is a relatively unique range of institutions to tackle the impunity in Syria – UN bodies such as the Commission of Inquiry and the International, Impartial and Independent Mechanism, and European prosecutors. The trial starting in Koblenz is part of their common effort to investigate and hold the perpetrators accountable. It is a first step. It helps to secure evidence and it serves as an ice breaker, encouraging witnesses to come forward, new investigations. For the first time, the systematic and widespread torture committed by the Assad regime will be discussed in a court of justice, and reach, hopefully, a worldwide public. It can trigger something which goes far beyond this trial, a new dynamic against impunity.

This trial must not be seen as isolated but as a complementary effort to build a comprehensive picture of the whole apparatus and to hold the main perpetrators accountable.

Indeed, Anwar Raslan is the first official of the Syrian regime to face trial, but he is a middle ranking officer. To what extent can he be found responsible for the crimes committed in his branch of the intelligence services? Aren’t the expectations too high?

Firstly, he is no small fish. He was involved in the daily decision-making process in his branch. And secondly, to evaluate the guilt of the two defendants, to weigh their participation, the court will have to understand the whole apparatus. On crimes of such a magnitude, on state criminality, you cannot divide the activities of the individuals and of the apparatus. So, the whole system will be discussed in court, in public. And the symbolism of it should not be underestimated. Criminal law is always symbolic. To people who have suffered torture, whose family members died, to see at least one of these torturers on trial is important. And again, we see it as a first step. In a prosecution strategy, you can start with low or middle rank perpetrators and then go up the chain of command. Or you can do it the other way around and start at the top. Sometimes you don't have the choice because you only get hold of some people, like in this case. This trial must not be seen as isolated but as a complementary effort to build a comprehensive picture of the whole apparatus and to hold the main perpetrators accountable. It might be the first trial, but it should not be the last. 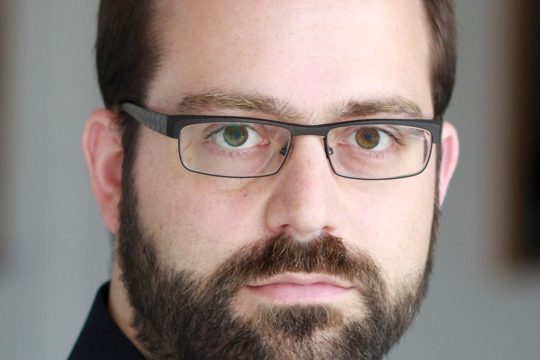 Andreas Schüller : Why justice on Syria is very dynamic

The two defendants defected. Should these defections be taken into account by the court?

There is a clear legal argument called post-crime attitude. Obviously, there is a difference between someone who defends a crime until the last minute in the court and someone who defected. This will be taken into account when it comes to the sentence. But it does not impact the main question of whether they are guilty of the charges or not.

The Syrian conflict has been particularly well documented, with evidence brought by Syrian organizations, NGOs, defectors including the famous Caesar. Can this trial be a judicial test for such evidence?

The evidence will be a mix of witness testimonies, experts and, indeed, documents. This bureaucratic apparatus feels so untouchable that they have no problem documenting their activities. Such documentation – because some Syrian actors got hold of it – can and will feed the procedure. This collection of evidence is partially done by NGOs. They have to be of course validated. But even the Pinochet arrest in 1998 was built upon evidence gathered in 1973 and followed by lawyers of human rights organizations. If there is an international trial on Syria in 10-15 years, it will be too late to collect some evidence. It must be gathered now. Some expertise conducted by the federal prosecutor’s office, like the forensic analysis of the Caesar files, will be discussed for the first time in public at the Al-Khattib trial. And these might enforce later procedures.

When a country hosts more than 700,000 refugees, many of whom experienced violence and especially torture, there is a certain closeness that enables the prosecutor to launch proceedings.

Germany seems particularly dynamic in the prosecution of Syrian cases. Why?

The Germans came late to universal jurisdiction procedures. But once they got the special units and resources, they took it very seriously and especially the Syrian cases. There is an important Syrian exiled community here and it plays a role. The main criticism of universal jurisdiction, which questions the legitimacy of a third country to judge acts to which it has no connection, does not apply here. When a country hosts more than 700,000 refugees, many of whom experienced violence and especially torture, there is a certain closeness that enables the prosecutor to launch proceedings. There was a political decision to give the federal prosecutor the resources needed to conduct investigations of that scale. And international criminal justice is a common task, a division of labor. The Germans know that the evidence they are collecting and analyzing now will not only serve in trials in Germany like the Koblenz trial but can also be accessible to other European or international courts. The Al-Khattib trial should not be seen as an arbitrary initiative of the federal prosecutor in Karlsruhe. It is the first result of a much broader effort which hopefully will have steps to complement the Koblenz trial at a later stage.

To learn more about the case, read the in-depth report by the French media Les Jours.