In the past two decades, scholars and practitioners in the field of transitional justice have explored the potential of the application of the historical method of analysis as a tool for clarification of the past in settings where contested memories continue to perpetuate social division. Societies emerging from conflict are often left rooted in a complex ground of competing narratives, transforming the past into a space of contestation. The engagement with specific historical accounts that deny or justify the past wrongs can perpetuate violent confrontation, threaten and disrupt peace-building processes and negotiations. This is what historical clarification commissions (HCC) are made to address.

Through their work, HCCs have the potential to create new historical frames that can contribute to transform the public’s perception of the past through shifting away from accusatory accounts to explanatory ones based on accurate and contextualized historical facts. HCCs are temporary bodies officially established through presidential or parliamentary decree, set to investigate specific events of the past that are the object of interpretative disputes. Thus, these commissions are tasked with the re-evaluation of already existing historical knowledge, the conduct of original analysis based on new evidence, and the revision of “long-held assumptions and paradigms about the violent past” as Eva-Clarita Pettai, a scholar on transitional justice and historical commissions, wrote.

In the framework of transitional justice, HCCs work toward the production of historical narratives constructed to give meaning to the past with a vision toward a peaceful future. HCCs thus carry out a diagnosis of the past, presenting a comprehensive historical account that, while giving meaning to the experiences of the past, serves as a narrative frame for the visualization of a new future. Through the acknowledgment of the past wrongs, HCCs promote an integrating platform for dialogue, and the recognition of moral, social and political responsibilities.

Despite their role in changing the public’s perception of a contested past, it is important to take into consideration some of the limitations of HCCs. First, not all contested legacies are founded on misrepresentation of past events or ill-informed historical accounts, and thus cannot be resolved in a process of clarification. Second, governments, political parties, or other groups may use specific rhetorical discourses as a means for legitimation, thereby using the work of HCCs as a mechanism to reinforce (new) accusatory narratives or to privilege specific approaches to the inquiry of particular events for a strategic political end.

Since 1958, with the establishment of the first historical commission in Colombia known as the Investigative Commission (Comisión de Investigación), the Colombian state has resorted, on several occasions, to these bodies of inquiry, with the objective to inform and assist various administrations in their efforts to end the conflict in the country. Following this tradition, the Historical Memory Group (GMH for its initials in Spanish) was established in 2007 under Alvaro Uribe’s administration with a similar purpose: the government tasked the GMH with producing a historical analysis that would contribute to the understanding of the complexities of the five-decade conflict.

The GMH was part of the National Commission for Reparation and Reconciliation (CNRR for its initials in Spanish), a bigger governmental institution set to regulate the regional demobilization of the armed groups, and to evaluate the process of reparation to the victims. Both the GMH and the CNRR were established in the framework of the Justice and Peace Law (Ley de Justicia y Paz – n°975. 2005), which was approved to enable a process of national reconciliation between the government and the armed groups. However, the political context was complex. On the one hand, Uribe’s administration sought the “reincorporation of individual members or collectives of armed groups to the civil life, guaranteeing the victim’s rights to truth, justice and reparations” – although, effectively, it mainly focused on the demobilization of right-wing paramilitaries. On the other hand, Uribe had put in place a national political strategy known as Democratic Security, which used military strategies to defeat the armed groups operating within the county.

Against this backdrop, the GMH had to draft a report “on the reasons for the emergence and evolution of illegal armed groups”. While its mandate established a clear area for investigation, the GMH team took a broader approach and placed the reconstruction of historical memory as a central axis of its research strategy. This way, the GMH, for the first time, shed a light on the memory of the victims of the conflict through the narration of their experiences.

Typically, HCCs operate distant from the events under investigation, which usually results in limited access to oral witnesses and testimonies and leaves written documents as their main source of information. However, in contexts in which HCCs interrogate events that have taken place in the relatively recent past, access to oral testimonies allows them to combine archival research with the compilation of witness oral accounts and testimonials. This was the context in which the GMH operated. Its research methodology combined the use of the historical method of analysis through authentication and triangulation of written sources, and the collection of the witnesses and victims’ narratives. This was important for two reasons. Firstly, for the first time in Colombia, the experiences of those who bore the consequences of the conflict were at the center of the investigation. Secondly, it allowed the GMH to overcome the challenges of restricted access to sources.

In cases in which the historical investigation takes place in contexts of ongoing conflict or in immediate post-conflict, access to archival sources, and official and governmental documents, may be limited to the researchers. This may be due to national security reasons, or the destruction or absence of written records as a result of a deliberate intention not to leave written proof of the acts of violence. Furthermore, in the contexts of interstate conflict, like the Colombian case, the archives are highly imbalanced because, in the majority of cases, rebel groups do not keep a record of their actions. In the case of the GMH, access to the testimonies of victims and witnesses was key to collect crucial information that otherwise would not be available. The recovery of witnesses and testimonies gave opportunity to integrate different perspectives of victims, perpetrators, bystanders and third parties, together with empirical evidence emerging from the available documentary sources – archives and others, into a historical account about the past.

The GMH operated in a context in which the Colombian state had not defined the violence in Colombia as reaching the threshold of internal armed conflict and had not yet recognized its responsibility for the crimes it had committed. Although the Santos administration (2010-2018) had already shown signs of a shift in the national reconciliation policies towards a potential political negotiation with the guerrilla groups in view of ending the conflict, the publication of the GMH’s general report ¡Basta ya! In 2013 “represented a turning point in public policy on the conflict”, said Marta Cecilia Herrera. Adopting the recommendations made by the GMH, the new national political project advanced by Santos for the first time recognized the existence of an internal armed conflict, accepted the state’s responsibility for the crimes its agents had committed during the previous years, and, through the work of historical memory, located the victims at the center of the debate.

The GMH conducted a process of clarification of the past through factual reconstruction: investigating particular case studies that documented existing knowledge, bringing unknown facts to light, challenging the accounts based on historically inaccurate data. By undertaking a comprehensive analysis of the impact that the conflict had had on Colombian society, the GMH challenged some of the already established narratives and discourses about the violence, offering a historical narrative framework for social and political dialogue. 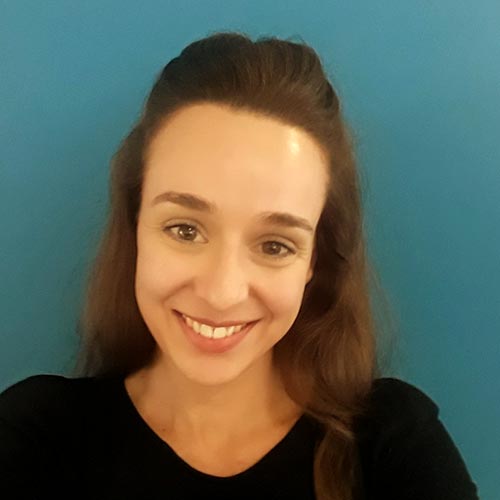 Dr. Cira Palli-Aspero is originally from Catalonia, where she graduated with an MA in historical research and a BA in History, both from the University of Barcelona. She obtained her Ph.D. in Law in 2020 from the Transitional Justice Institute at Ulster University. Her work lies at the nexus of historiography, transitional justice (truth-recovery), historical dialogue, and conflict resolution. Her research on Historical Clarification Commissions operating in conflicted and divided contexts will be published in a forthcoming monograph by the Routledge Approaches in History book series.

Kidnappings in Colombia: the reckoning
Most read