On March 30, Faustin-Archange Touadera was, again, sworn in as president of the Central African Republic (CAR), having won a second term after a difficult election fraught by insecurity and rising tensions fueled by rebel groups. In his inaugural speech, President Touadera promised to make ending impunity the “backbone” of his mandate. A few days before, he had also announced the organization, in the near future, of a “national dialogue”.

Terms such as “justice,” the “fight against impunity,” and “national dialogue,” however, are so frequently used in CAR that they risk turning off Central Africans who are still waiting for the concrete, transformative measures that the political transition had promised. Indeed, CAR has had to deal with a continuous cycle of violent conflicts that have weakened the state and its ability to function. These successive conflicts were supposed to have been resolved by various dialogues and forums and attempts to provide justice to victims, mainly through judicial institutions such as the national judicial system, the hybrid Special Criminal Court (SCC), and the International Criminal Court (ICC), and non-judicial bodies such as the upcoming national Truth, Justice, Reparations, and Reconciliation Commission (TJRRC).

A recent ICTJ-Cordaid study examines the provision of justice in CAR from a victim-centered perspective. It highlights the panoply of justice measures, institutions, and initiatives that were supposed to address Central African victims’ needs but have not done so for several reasons. The most significant initiatives are those that followed the 2015 Bangui Forum on National Reconciliation, which called for the establishment of the SCC and paved the way for the creation of the TJRRC. Still, justice has so far eluded Central Africans, and a common feeling among victims is that they have been simply forgotten.

As victims who participated in the study recounted, they have had little success in accessing justice through the centralized national judicial system. This system is oftentimes dysfunctional and marred by corruption. And while it is very expensive for citizens, it perennially lacks resources and capacity. As a result, most Central Africans resort to traditional justice practices.

The SCC, which many victims thought would come to their rescue, created expectations that in turn fed into rising hopes among Central African more broadly that the 2016 elections would end impunity. In reality, victims have deplored the SCC’s slow pace. Established in 2015, the court only began operating in 2018, and as of early 2021 it still has not initiated any criminal trial, disheartening victims, some of whom have died while waiting for justice. Many believe that the funds allocated to the SCC could have been better used by and for ordinary courts, despite the judicial system’s manifold institutional failings. The Bangassou emblematic case, in which a state court handed down a guilty verdict related to war crimes and crimes against humanity, validated this belief and largely tipped the balance of public opinion in favor of national courts.

The TJRRC  has similarly gotten off to a slow start. A steering committee was created in 2017 to hold national consultations and, based on the findings, draft the law that would establish the TRRC. These consultations, however, were not organized until 2019. Parliament then only passed the draft law in April 2020, and in December 2020 commissioners were selected and appointed. Still today, the commission is not up and running.

According to victims interviewed in the study, while criminal accountability is an important element of justice, it is far from the only one. Victims have stressed that existing justice measures do not match the reality in which they live. Indeed, victims in Bangui, who themselves have pursued legal action against perpetrators, have joined with victims in areas outside the capital to demand “fair justice,” which entails meaningful improvements in their overall life circumstances. In the rural town of Alindao, for instance, victims prioritize as a form of justice reparations for the moral, physical, and material damages they have endured as result of the crimes committed against them.

This is not surprising in one of the world’s poorest countries, in which approximately half the population suffers from chronic malnutrition. What is astonishing is that the planning and design of justice processes in CAR so far has not focused on these immediate needs. Those in CAR designing transitional justice processes must therefore consider first and foremost the conflict’s social impact on victims and victims’ immediate needs, as well as factors such as political context and security challenges.

Other countries offer valuable lessons in this regard. In Colombia, for example, the government enacted a reparations policy in 2011, years before the 2016 peace agreement, which would play a critical role in ensuring victims participated in the peace process. In Morocco, while the government did not pursue criminal accountability, it prioritized reparations and established an Equity and Reconciliation Commission. The commission’s findings and recommendations would later precipitate constitutional and legislative reforms that helped prevent a recurrence of violations.

Given the Central African Republic’s specific set of challenges, it is crucial to explore and design innovative, victim-centered transitional justice strategies that advance economic development, guarantee non-recurrence, and address socioeconomic issues related to social identity, inequality, education, and poverty. Importantly, justice initiatives must be planned and implemented sequentially as part of a long-term transformative process. When designing reparations programs, victims should be consulted about their immediate needs and what measures they think can improve their life circumstances. The shape of such programs should not be determined by court decisions in criminal proceedings.

Ultimately, the success of any transitional justice process depends on whether victims meaningfully participate in them and whether they improve equal access to public services for all Central Africans, especially marginalized communities and minority groups. This remains largely to be done in the Central African Republic. 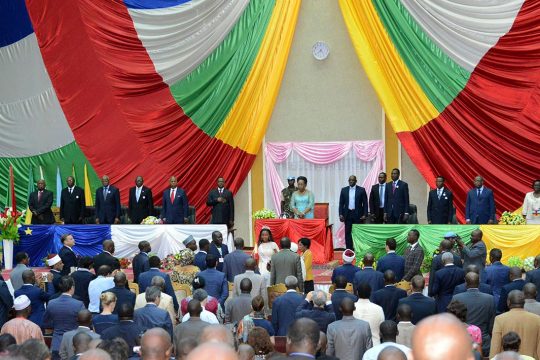 Can the Central African Truth Commission do better than its predecessor? 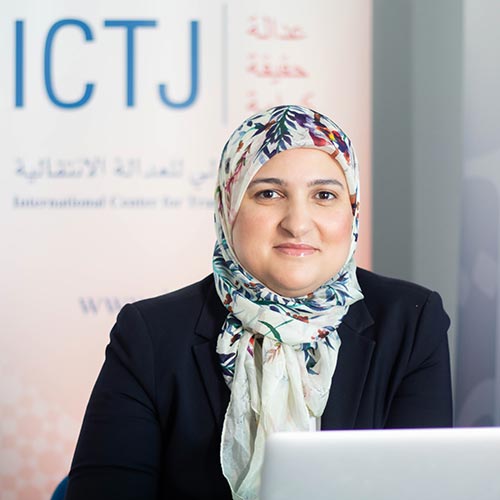 Rim El Gantri is a senior expert in human rights and transitional justice at the International Center for Transitional Justice (ICTJ). She is currently head of program for Libya. El Gantri has provided technical assistance to various truth commissions and other mechanisms, as well as civil society organizations and victims’ groups. In particular, she accompanied the design and birth of transitional justice processes in Tunisia (2011-2015) and in Nepal (2016). She holds a master’s degree in Public Law from the University of Law and Political Sciences of Tunis and a degree from the International Academy of Constitutional Law.

Central African Republic: a warning from the ICC
Most read