“The time has come for the Church of Sweden to make its apology to the Sami. This follows a long process of hearings and preparation, and the apology will be made with trepidation and with hope”, reads the General Synod’s Special Service of Worship announcement of the ceremony held on 24 November in Uppsala Cathedral, north of the capital Stockholm.

Before the apology speech, testimonies were given both in Swedish and in Northern Sami: Ingrid Inga described the repression of Sámi spirituality; Nils-Henrik Sikku related his own memories of maltreatment in a so-called Nomadic School; in a poetic way, Rose-Marie Huuva recalled that the church has been involved in collecting Sámi remains for the purposes of racial biology; Eric-Oscar Oscarsson described how the division of Sámi into different categories has created conflicts and silences; and Julia Rensberg highlighted how young Sámis are struggling with their identity.

Archbishop Antje Jackélen gave the apology speech, and stated that “the Church of Sweden has contributed to and legitimised oppression”. After detailing how the church participated in colonisation and assimilation policies that led to the loss of land, language, and culture, she handed a copy of the apology speech to Håkan Jonsson, President of Sámediggi, the Sami Parliament in Sweden. In his response, he emphasized that concrete action must be taken after the apology. During the ceremony, different bishops read commitments that the Church of Sweden is now making to continue the reconciliation process over the next 10 years.

Church leaders from Norway, Finland and Canada had been invited to witness the apology, which points to the international dimension in this work towards reconciliation that has been going on since the 1990s. An important milestone in Sweden was the Ságastallamat [Ed. note: the Sámi word for a conversation where everyone is heard before reaching an agreement] hearing in Kiruna in 2011, about the role of Sami religiosity in the Church of Sweden. A White Paper project was initiated, tasked to carry out research about the historical relations between the Church of Sweden and the Sámi. Personal testimonies about the Nomadic School, established in the 1910s for the children of reindeer herding Sámi only but later reformed and renamed the Sámi School, have also been documented in a separate book. The official apology will be repeated at the second Ságastallamat scheduled for October 2022.

The new commissions have been long in the making. Already in 2016, the Archbishop urged the Swedish state to deal with its colonial past by setting up an independent Truth and Reconciliation Commission. Sáminuorra, a youth organization in the Swedish part of Sápmi, had called for a TRC already in 2008, and this suggestion was later advocated for by the Sami Parliament and the Equality Ombudsman. In June 2019, the Sami Parliament officially demanded the Swedish government to set up a truth commission, specifying that the reconciliation process could only be initiated after the Commission’s recommendations had been implemented. The government has since financed a consultation process carried out by the Sami Parliament to anchor the future commission and prepare its mandate. And eventually, the government decided to appoint a Truth Commission on 3 November 2021.

A similar preparatory process preceded the mandating of a Truth and Reconciliation Commission Concerning the Sámi People which finally materialized in Finland on 28 October 2021. A round of hearings were held in 2018, and in 2019 the proposal to set up a commission was adopted by the Finnish Parliament, the Sámi Parliament and two regional Skolt Councils. The Commission consists of five members.

Just like the Norwegian Truth and Reconciliation Commission, set up in 2017, the Swedish and Finnish ones are expected to document historic abuse, contemporary consequences of assimilation policies, spread knowledge about this to the majority population and suggest measures for redress and reconciliation.

Differences in the assimilation policies

Since the states began their settling and quest for control over the territories in the north, the Indigenous and ethnic minorities have been removed from their land and deprived of their language, culture, and traditions. All the three states have practiced forced assimilation policies – often named Norwegianization, Swedification and Finnicization, something that also included different Finnish minorities in Sweden and Norway. But while the often quite racist marginalization is something that is a shared experience across these nation states for all minority groups, the ways the states have gained control over territories and people, have been quite different – something that is somewhat reflected in the way the TRCs are organized and debated in the different states.

While the church has had a similar role in the early colonization and assimilation in the different states, the states’ policies from the mid-1800s until approximately 1980 were quite different. Sweden’s policy from the late 1800s was inspired by the American reservations. Those who were considered to be the “purest”, the reindeer herders, were isolated from the rest – the so-called ‘Lapp shall be Lapp’ policy, and the rest were supposed to be assimilated. An example of this was forced different schooling on settled children versus nomadic children. This created a hierarchy between different groups of Sámi. Since assimilation policies were implemented differently in different areas, this created and reinforced hierarchies and conflicts internally, something that still affects people even today.

Inclusion-exclusion in the reconciliation process

One of the risks that we see regarding the commissions, is that while they focus on truth and reconciliation, the result might be that those who are marginalized today continue to be marginalized throughout the commission’s work. Even though an effort has been made to include most groups, including those who often feel marginalized – both from the majority society and their own ethnic group –­ there is a risk that the power relations in society might be reproduced. As we have already discussed, the historic processes of colonization, assimilation and marginalization of Indigenous people and ethnic minorities in Norway, Sweden and Finland have been quite different. At the same time, all the states’ policies have contributed to conflicts within the ethnic groups, where differences, hierarchies and conflicts have been reinforced, as an indirect but efficient “divide and conquer” strategy.

An example of this is the recent Sámi Parliament Election, where the results of Nordkalottfolket (People of the Northern Cap), which became the second biggest party in the Sámi Parliament, serves as an example of this cultural and political cleavage. Nordkalottfolket aims to represent the mixture of people – Sámi, Norwegians, and Kvens – and is critical to exclusive Sámi rights. An aspect of the assimilation policies is also that a lot of people that have distant ancestors from the groups they once belonged to, now do not feel connected to them, and might even feel alienated and provoked by their fight for rights regarding language, culture, and territories. The political polarization that Nordkalottfolket often is accused of creating in Norwegian Sámi politics is maybe provoking for some, but nevertheless serve as an example of the complex and complicated cultural, political, and emotional landscape that the TRCs now work within.

Both low and high expectations

So how can the commissions contribute to mending the wounds of Indigenous people and national minorities in Norway, Sweden, and Finland? As seen in multiple public debates, the expectations regarding what the commissions might contribute to, are at the same time very low and extremely high. Their work is important if these ethnic groups are supposed to thrive, not only exist, in the future. Nevertheless, they have a daunting task to perform in a limited time with working periods of between 2 and 4 years.

One question that is often raised regarding TRCs is that when the truth (or truths, since there is seldom, if never, only one truth in these matters) is revealed, will this facilitate the reconciliation process or make it more painful? Another question is: Who is to be reconciled with whom? In Sweden, the recent apology was made on behalf of the church and directed to representatives of Sámi organizations. But it remains to be seen which measures for redress the Nordic states will take once the TRCs make their recommendations.

Neither the church’s apology nor the commissions will be an endpoint. Reconciliation takes time and needs to happen at many levels, not only between minorities and the state or church, but also within families, minority groups and local communities. And we must keep in mind that forgiveness cannot be commanded. In closing the apology speech, on 24 November in Uppsala Cathedral, the Archbishop stated: “As we apologise to you today, we cannot determine how you will receive this apology. It is not our place to demand to know when a response will be given and what that response will be.” 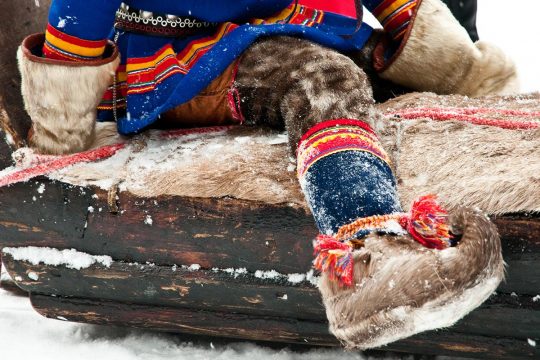 Swedish truth commissions on the way 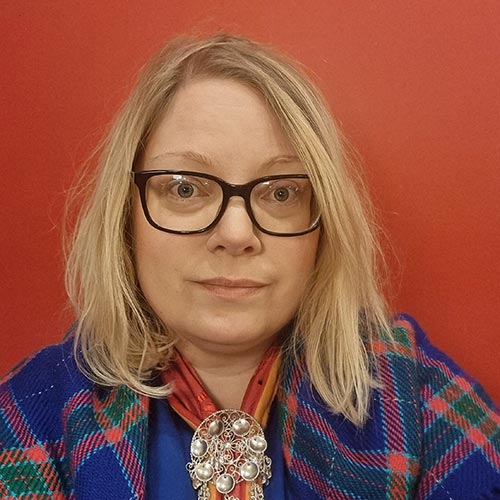 Astri Dankertsen is associate professor in Sociology and head of Division for Research on Environment, International Relations, the Arctic and Security at Faculty for Social Sciences at Nord University. Her research has been mostly concerned with Sámi and Indigenous issues, youth, gender and communities in the Arctic. 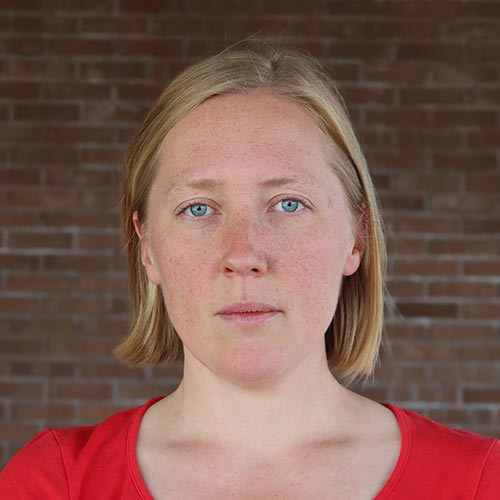 Malin Arvidsson is currently teaching at the Bachelor Program in Human Rights Studies at the Department of History, Lund University. Her recent publications focus on how the term ‘truth commission’ was introduced into Swedish politics, and how notions of retroactive responsibility were used in Swedish and Danish parliamentary debates about state redress for abuse in out-of-home care for children.

Both authors are part of the 3-year research project “Truth and Reconciliation in the Nordic countries” (TRiNC), led by Astrid Nonbo Andersen, Senior Researcher at the Danish Institute for International Studies.

Copy this HTML into your CMS
Press Ctrl-C to copy
Sweden : Related articles 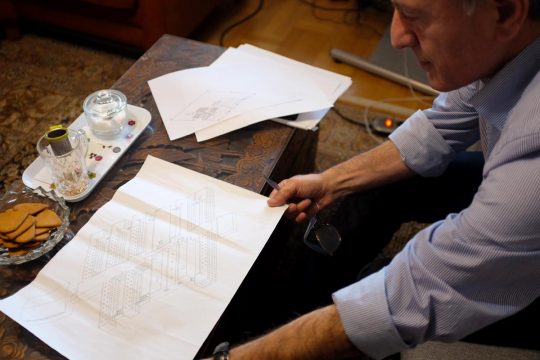 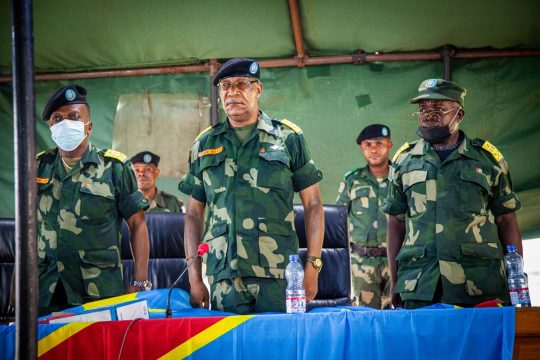