On September 21, Sudan’s government announced it had averted another attempted coup by army officers and supporters of the former deposed president Omar al-Bashir.  The army quashed it quickly, arresting scores of suspects.

Sudan’s history is replete with coups, including one in 1989 that brought al-Bashir into power. Even after al-Bashir’s ouster 30 years later, the new transitional government has already faced several, including a brazen attempt on Prime Minister Abdallah Hamdok’s life, in early 2020.  But this one appears to have shaken the transitional government to its core. Amid speculation about who orchestrated it, leaders have traded recriminations and blame for weeks. And in recent days, General Abdel Fattah al-Burhan, the commander in chief who leads the Sovereign Council, and his political allies called for a total dissolution of the transitional government.

Sudan’s transition is grievously delayed. More than two years after leaders signed the August 2019 constitutional document that formed the transitional government, they have not implemented its basic elements: they have not formed a transitional legislative council or constitutional commissions to work in critical areas like transitional justice, constitution-making, elections, law reform and gender justice. In the absence of the legislative council, the two high executive bodies – the Sovereign Council and the Council of Ministers, headed by the Prime Minister – act as the Parliament and President all in one.

This situation can’t last long in the face of mounting popular anger. Dire economic conditions, which sparked the 2019 revolution, continue as the government forges ahead with structural adjustments, removing critical subsidies. Inflation still hovers near 400%, electricity is sporadic in many areas, roads and sewer systems are in disrepair, and dividends from international aid – including hundreds of millions from the United States – seem out of reach.

The security situation, especially outside of Khartoum, looks out of control, and the military leaders continue to reject security sector reforms. Most disheartening of all, the government has failed to deliver justice as promised for the brutal crackdown on protesters on June 3, 2019, in which security forces killed scores and possibly hundreds, and raped and assaulted more. One of the transitional government’s first acts was to set up an independent committee to investigate. But two years on, the committee has yet to release its findings. Given the report is expected to implicate leaders on the Sovereign Council, this may not happen soon.

Given these threats to stability and the inherent obstacles to domestic justice under the current structure, the transitional government should act on promises to cooperate with the International Criminal Court (ICC). The ICC has outstanding warrants of arrest for four individuals, three of whom are in Sudan’s custody: former president Omar al-Bashir, former defense minister Abdel Raheem Hussein, and former humanitarian affairs minister Ahmed Haroun, for atrocities in Darfur beginning in 2003.

While the former government refused to cooperate at all, since early 2020, military and civilian leaders promised to cooperate with the court. To a certain extent they have done so, hosting several visits and inking a memorandum of understanding in relation to the ICC’s case against Ali Kushayb, who surrendered himself to the court in June 2020, and for broader cooperation. A year later, following a visit by former prosecutor Fatou Bensouda in which she requested the transfer of Haroun, the Council of Ministers resolved to hand the three suspects over.

What are Sudan’s options?

In the framework of the Rome Statute of the ICC, a state that cooperates either transfers suspects to the court or prosecutes them for the same crimes domestically. Two years on, Sudan’s leading Sovereign Council has yet to signal its intentions, and the clock is ticking.

Domestic prosecution for the same crimes would be difficult: the three men have been in prison for over two years, facing charges linked to the former government’s coup in 1989 and corruption, not for crimes committed in Darfur. Sudan’s justice system doesn’t have experience with or capacity to prosecute atrocity crimes; its criminal law did not include them at the time crimes were committed in Darfur.

Sources close to the military say al-Burhan and his deputy, Mohamed Hamdan Dagalo, “Hemedti,” who heads the fearsome paramilitary that led the June 3 massacre, are afraid of the implications of handing the suspects over -- for themselves, their colleagues and the army’s hallowed reputation. Yet the ICC prosecutors in their visits to Sudan have assured officials they are focused on the existing cases, and have no capacity to investigate new suspects.

Any prosecutions against the multitude of other suspects for crimes in Darfur would have to be conducted by Sudanese prosecutors, perhaps before a special court as envisioned in the Juba Peace Agreement. Some lawyers urge setting up a hybrid court, but Sudan has not pursued this idea seriously.  The ICC announced it would set up an office in Sudan in order to advance its ongoing investigations, and could potentially assist Sudanese efforts to conduct related trials. But these would not replace ICC prosecutions.

Now more than ever, the transitional government needs to show commitment to the goals of the transition. International actors, who reaffirmed support many times in the past two years, are frustrated. The US special envoy for the Horn of Africa warned during his recent trip to Khartoum that Sudan’s failure to meet the key benchmarks of the transition puts at risk its bilateral relations with the US and all the support – including military cooperation – that comes with it.

Handing over the suspects would satisfy demands of thousands of Darfuri victims and advocacy organizations, as well as the Juba Peace Agreement signatories and international partners, especially the European Union and its members that signed the Rome Statute. It would signal a break from the past, compliance with international law and would physically remove the suspects from Sudan, limiting their ability to use smart phones to engineer supporters as transpired in June.

As the leaders work to resolve their disputes, a quick win would be to follow through on Council of Ministers’ resolve to hand over former president al-Bashir and two other suspects to the ICC. This is low-hanging fruit Sudan’s leaders can’t afford to ignore. 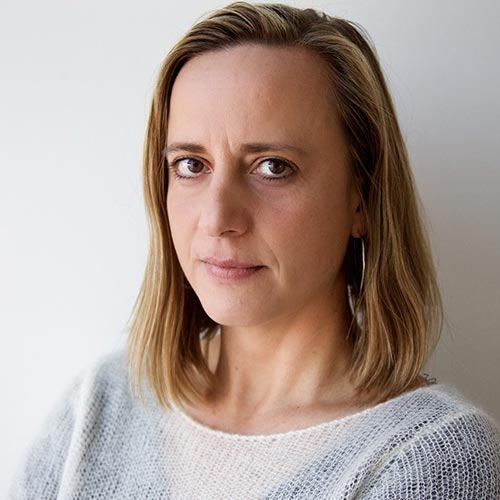 Jehanne Henry is a human rights lawyer and former East Africa director at Human Rights Watch. She recently served as an adviser to Sudan’s Minister of Justice in Khartoum.