In November the prosecutor’s office in Sweden announced it had brought charges against the chairman and former CEO of Lundin Energy for complicity in war crimes allegedly committed by the Sudanese army and allied militia in southern Sudan from 1999 to 2003 during the so called oil wars.

The basis for the charges was a 2010 report authored by Dutch NGO Pax for Peace on the behalf of the European Coalition on Oil in Sudan called Unpaid Debt. The report sets out the story of how between 1997 and 2003 and oil consortium including Swedish oil firm Lundin, together with Austria’s OMV and Malaysian firm Petronas, tried to secure an area in Southern Sudan known as Block 5 for oil exploration. To get control of the area they paid government forces and militias who committed war crimes, the report says. Thousands of people died in the so-called oil wars and 200,000 people were displaced by the violence, the NGO estimates.

We invited one of the reports authors Egbert Wesslink to tell us all about it. 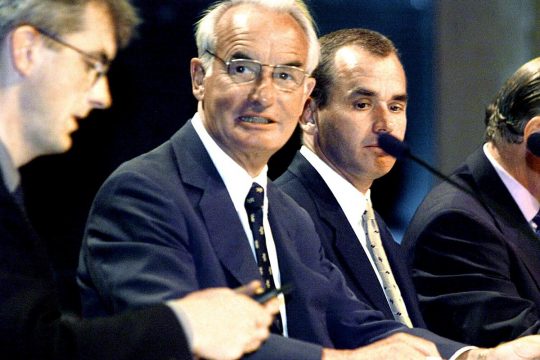 Why the two ICC deputy prosecutors should be women