Here is the list of 15 articles that seem to deserve a second editorial life on our pages. They won their place here either because they were selected by our editorial team, or because they achieved high audience ratings from our readers. A mix of subjectivity and statistics.

Note: the many articles on the subject of the environment (an important theme for JusticeInfo for some time), a great success for our publications covering the truth commissions in The Gambia and Tunisia, and of course the International Criminal Court and genocide in Rwanda which are "classics" of our editorial activity since the launch of the website in 2015. A good overview of what JusticeInfo was in the first half of 2019.

Articles favored by the JusticeInfo team

The social media network Facebook is 15 years old today. The role of the platform in fueling hate speech has been widely discussed recently. At the heart of it was the case of Myanmar, where Facebook was used in the campaign to force hundreds of thousands of Rohingya out of the country in a crime that amount to genocide, according to the UN. Should Facebook be held accountable in the future? Will it? READ MORE

WILL FATOU BENSOUDA FACE THE TRUTH COMMISSION IN GAMBIA?

Before speaking on behalf of the victims of serious crimes as prosecutor of the International Criminal Court (ICC), Fatou Bensouda faithfully served, in the highest judicial offices, a military dictatorship in her country, the Gambia. Two witnesses have already publicly challenged her before the Truth, Reconciliation and Reparations Commission (TRRC). Will the Commission call the prosecutor to answer the charges? READ MORE 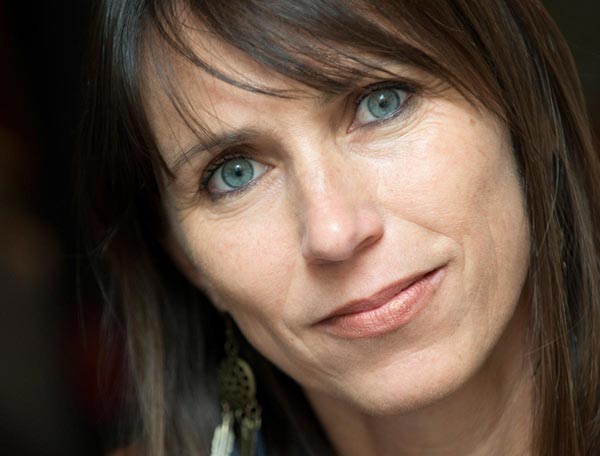 VALÉRIE CABANES: ICC SHOULD RECOGNIZE THE CRIME OF ECOCIDEI

Lawyer and activist Valérie Cabanes has seen situations on all the world’s continents where people’s fundamental rights are being undermined by harm to their natural environment. Here she describes some of these situations, analyses recent environmental pressure on the International Criminal Court (ICC) and proposes an international legal structure putting as its priority the respect of the global ecosystem to restore security and peace. READ MORE

WELCOME TO THE ICC “FACTS AND FIGURES”

When you surf the website of the International Criminal Court (ICC) for “Facts and Figures”, are you properly informed? Not really. We checked the court’s basic information as presented on https://www.icc-cpi.int/about. We found that the ICC hardly gets its numbers right. And some of them are clearly misleading. READ MORE

MARK FREEMAN: HOW YOU CAN NEGOTIATE JUSTICE AND PEACE

From June 2014 to December 2015, Mark Freeman was one of two independent experts hired by the Colombian government delegation to advise them on transitional justice issues during the peace talks with the Revolutionary Armed Forces of Colombia (FARC). He tells us some of the inside story of the peace negotiation and analyses the momentous process of justice that is now underway in Colombia. Freeman further shares sharp and thought-provoking views on the damaging misunderstandings of amnesties, and how transitional justice tools may be helpful to engage some of the most reviled and violent groups today, such as Jihadists and organized crime. READ MORE

SEXUAL VIOLENCE IN CONFLICT: THE BRIGHT SIDE BEHIND UN RESOLUTION 2467

Last April, advocates against conflict-related sexual violence were consumed by frustration. A hard-line, anti-contraception and anti-abortion U.S. government had forced the United Nations Security Council to silence an essential need of victims: sexual and reproductive health. However, there are many positive provisions in this infamous U.N. Resolution 2467, says leading expert Kim Thuy Seelinger. We need to look to the other 36 paragraphs. READ MORE

WAR, PARK RANGERS AND THE HOPES OF COLOMBIA’S TRANSITIONAL JUSTICE

What if Colombia’s Special Peace Jurisdiction and Truth Commission investigate the environmental damages caused by conflict, from attacks on pipelines to the murder of park rangers? Environmental lawyers think that there is a unique opportunity today to measure the environmental cost of violence in the national parks. They are now persuading the transitional justice system to open such a case. READ MORE

The most successfull hits

GAMBIA: UNCOMFORTABLE TRUTHS ON THE 1994 EXECUTIONS

The Truth, Reconciliation and Reparation Commission has continued to hear high-profile testimonies from ex-members of Yahya Jammeh’s former military junta. New details on the executions that took place on 11 November 1994 were offered by a protected witness who alleged that the current national security presidential adviser was present when close to two dozen soldiers were executed. READ MORE

RWANDA: THE MOST JUDGED GENOCIDE IN HISTORY

Never before in the history of international justice has a mass crime been judged so much or in so many places as the 1994 genocide in Rwanda against the Tutsis. Rwanda set up more than 12,000 courts to ensure that no one would escape their share of responsibility. More than one million individuals were tried there. An international tribunal set up by the United Nations has helped prosecute ringleaders, while Western countries have also conducted some symbolic trials. And the task is not complete. READ MORE

ICC JUDGES AT CENTRE OF CONTROVERSY

For years the Office of the Prosecutor was seen as the problematic organ harming the reputation of the International Criminal Court (ICC). Now the ICC judges have triggered multiple controversies on their morality, integrity or independence. The latest incident involved a French judge. READ MORE

TUNISIA : THE THREAT OF AN AMNESTY

The draft of a bill aimed at putting an end to the transitional justice process is circulating within parliamentary groups. This draft envisages an amnesty for all cases pending before the specialized courts, in the name of reconciliation and without any recourse. For civil society, the whole justice effort initiated in Tunisia since the Revolution is in the balance. READ MORE

ACQUITTAL OF GBAGBO AND BLÉ GOUDÉ: A HAMMERING FOR THE PROSECUTOR'S OFFICE

Former Ivorian President Laurent Gbagbo and his former Youth Minister Charles Blé Goudé were being prosecuted by the International Criminal Court for crimes against humanity linked to the 2010-2011 post-electoral crisis. But on January 15 they were acquitted, even before the defence had presented its arguments. This is a terrible blow for the ICC Prosecutor, adding to a long list of serious setbacks. READ MORE

A new complaint was filed in Sweden on 19 February against some 20 Syrians suspected of international crimes. This complaint follows three arrests this month in Germany and France, a trial in absentia in the Netherlands and the conviction of three Belgian companies. European justice is the only judicial remedy for victims of international crimes committed in Syria. Here is a map of the initiatives taken to date in the name of universal jurisdiction. READ MORE

PHILIP GOUREVITCH: LIVING IN RWANDA WITH THE GENOCIDE (SOMEWHAT) BEHIND - PART 1

For the first time Rwandans can look at being in Rwanda in the aftermath of the genocide with the genocide somewhat behind them, says journalist and writer Philip Gourevitch. How has coexistence on the hills evolved over the past 25 years? What has been the impact of gacaca justice? What does reconciliation and forgiveness mean after mass murder? These are some of the themes Philip Gourevitch discusses in this first part of an interview with JusticeInfo.net. READ MORE

“This is the first time the powers of this Commission have been so blatantly challenged,” said the Lead Counsel of the Truth, Reconciliation and Reparations Commission (TRRC) on June 26. On that morning, Yankuba Touray, a key member of the former military junta, had refused to testify and had walked out of the Commission’s public hearing. He is now under arrest. READ MORE